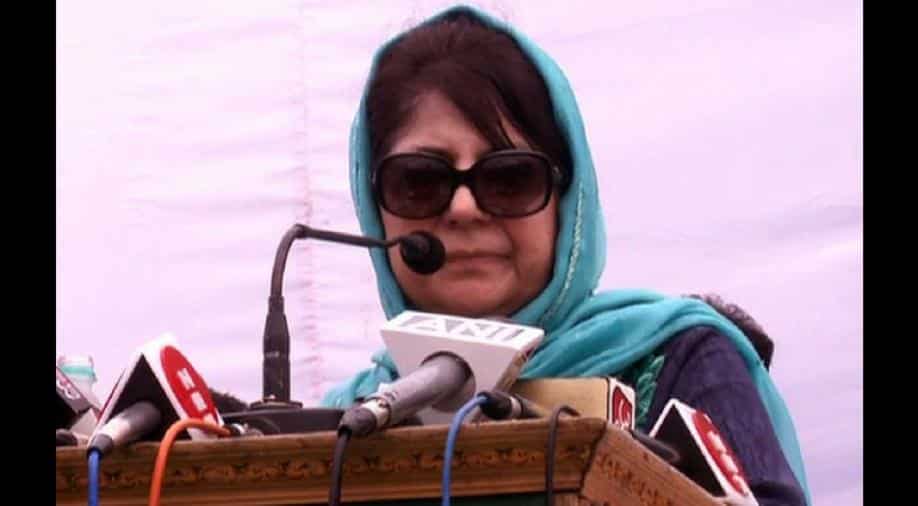 Mehbooba also alleged that the Investigative agencies are being used by the present government. She slammed the government on the Enforcement Directorate summon to Rahul Gandhi in the National Herald Case.

Former Chief Minister of Jammu and Kashmir Mehbooba Mufti has alleged that Nupur Sharma's remarks on Prophet Muhammad were well-planned and was to take away the attention from the killings of civilians and Kashmiri Pandits in the valley. She also said that the statement was made to provoke the Muslims in the country.

Mehbooba Mufti was at her Srinagar office and while speaking to the media she said that Nupur Sharma's statement was not a coincidence. "It was well planned to take the attention away from the Kashmiri Pandit issue, which was creating trouble for them, and the statement was only to provoke the Muslims so that they (BJP) can bulldoze their properties.''

Mehbooba Mufti also raised questions at the government on why Nupur Sharma has not been arrested. ''Nupur Sharma’s statement have tremendously hurt the sentiments of Muslims across the globe and her remarks on Prophet Mohammad (PBUH) was a deliberate act, it was a planned, Nupur Sharma remarks were on well settled grounds so that Muslims in country get provoked and government get chance to act on them.''

Mehbooba also said that the Investigative agencies are being used by the present government. She slammed the government on the Enforcement Directorate summon to Rahul Gandhi in the National Herald Case. “From the last many years ED, NIA and other government agencies have been misused by BJP. They are treating them as an alliance party which is being run on the direction of the Central Government.'' said Mehbooba Mufti, PDP President.

Mehbooba also said that there is no healing touch policy by the government. They are just arresting youth under stringent acts. It's no more Gandhi’s and Nehru's India which was known for love.