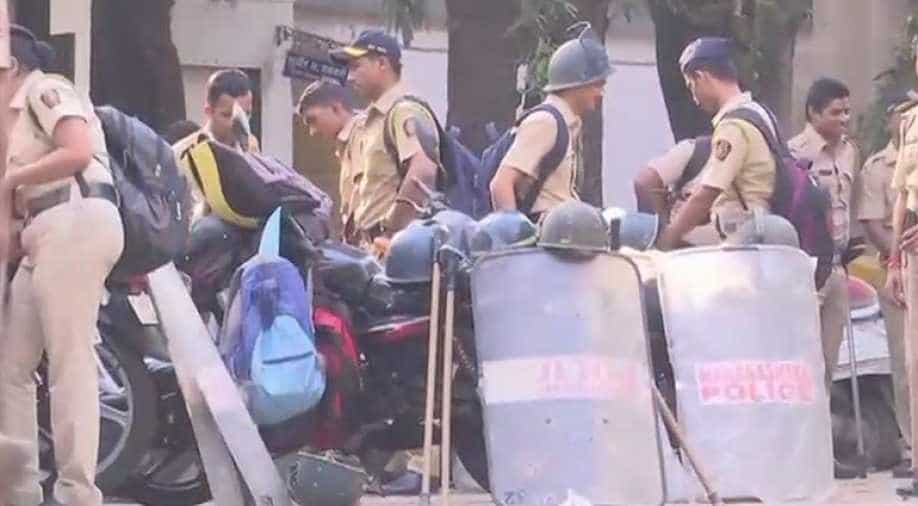 The protesters have reportedly alleged that Yogesh died in a police lathicharge. Photograph:( ANI )

A 16-year-old boy died in Nanded on Wednesday during the Dalit protests.

News reports said the boy was part of a mob blocking the road.

The reports said the protesters had run when police chased them.

Police said the boy, identified as Yogesh Jadhav, had run along with the other demonstrators. But that he lost his balance and fell and was crushed by other protesters.

"He, however, lost his balance and fell on road. He suffered serious injuries to his forehead and other parts of the body as he was trampled upon by fleeing protesters," PTI quoted a police official as saying.

"Jadhav was admitted in government hospital in Hadgaon, where he succumbed to his injuries," Hadgaon police station senior inspector Keshav Latpate told PTI.

PTI however reported another official as saying the protesters had alleged Yogesh had died in the police lathicharge.