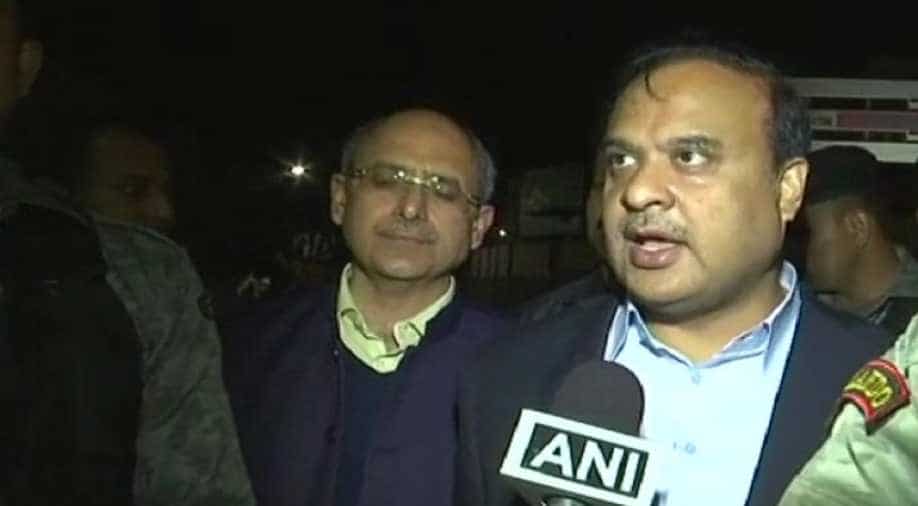 Shah had been conducting meeting over the Bill for the past few days and the discussions with different stakeholders went for over 100 hours.

Home Minister Amit Shah's meeting with several politicians and activists of Northeast states including the chief minister of Mizoram to discuss the Citizenship (Amendment) Bill, 2019 concluded in the wee hour of Wednesday, following which Assam Minister Himanta Biswa Sarma said that a lot of confusion has been eliminated and cabinet may take it for discussion in its next meeting.

He also said that the bill is likely to be introduced in the parliament in the last week of winter session.

Shah had been conducting meeting over the Bill for the past few days and the discussions with different stakeholders went for over 100 hours.

Shah spoke about different provisions of the Bill and tried to clear the confusion about its various aspects.

"I think a lot of confusion has been eliminated. There are still some issues but some solutions have also been found," he said.

The Bill will be introduced in the Parliament in a positive environment, Sarma said hoping that after listening to Shah's address and examining the draft of the Bill the remaining confusion will also go away.

He said that CAB is likely to be introduced in the Parliament by the last week of winter session and it may be discussed in the Cabinet's next meeting.

"I cannot tell you officially but there are indications that the Bill may be introduced in Parliament in the last week of winter session. There's also a broad indication that the Bill will be discussed in the cabinet tomorrow," he said.

Stating that there will no protest and CAB will satisfy each and every person, he maintained that there will be some protests which no one can deny as political risk is involved in it.

He also said that the Bill not particularly emphasised on Hindus.

"There is no mention of Hindu in the manifesto of the Bill. The stress has been laid on minorities of Pakistan, Afghanistan, and Bangladesh, which includes Hindus, Sikhs, Christians, Jains and Parsis," he said.