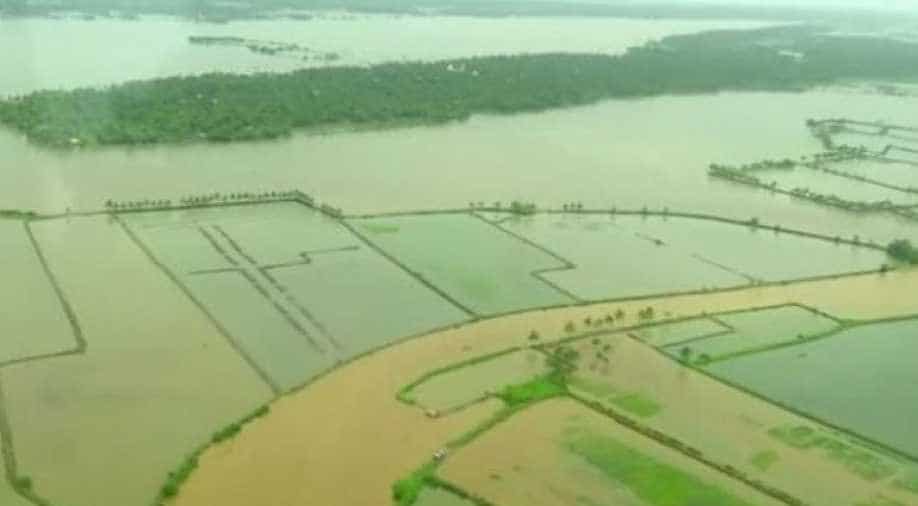 The state, which has 44 rivers, witnessed its worst floods in 1924 following torrential rains.

More than half of the 14 districts in Kerala have been put on high alert, officials said on Saturday, as the death toll from one of the worst floods in the southern state reached 34.

Crops on 1,031 hectares (2547.66 acres) have been damaged and 31,000 people have been forced to take shelter in rescue camps, according to the Kerala State Disaster Management Authority's (KSDMA) control room in the state capital.

A senior official there said eight districts had been put on varying levels of high alert.

Another government official previously told Reuters that crop worth 3.42 billion rupees ($49.65 million), across 26,824 hectares had been destroyed by rains since their onset on May 29.

"There was no rain in the catchment areas of major reservoirs today," Kurian said. "However, we will continue our alert and preparedness till August 15."

Union home minister Rajnath Singh was expected to travel to the state on Sunday to take a stock of the relief and rescue operations, Kurian added.

Kerala state authorities have taken the unprecedented step of opening the gates of 25 water reservoirs to prevent potentially disastrous breaches.

The state, which has 44 rivers, witnessed its worst floods in 1924 following torrential rains.

The weather department forecast heavy rains until August 15, India's Independence Day, also warning of flooding in low-lying coastal areas. Fishermen have been advised not to venture into the Arabian sea.

Despite the rains, tens of hundreds of Hindus across the state gathered on the banks of rivers and roads to perform a ritual in honour of their ancestors.