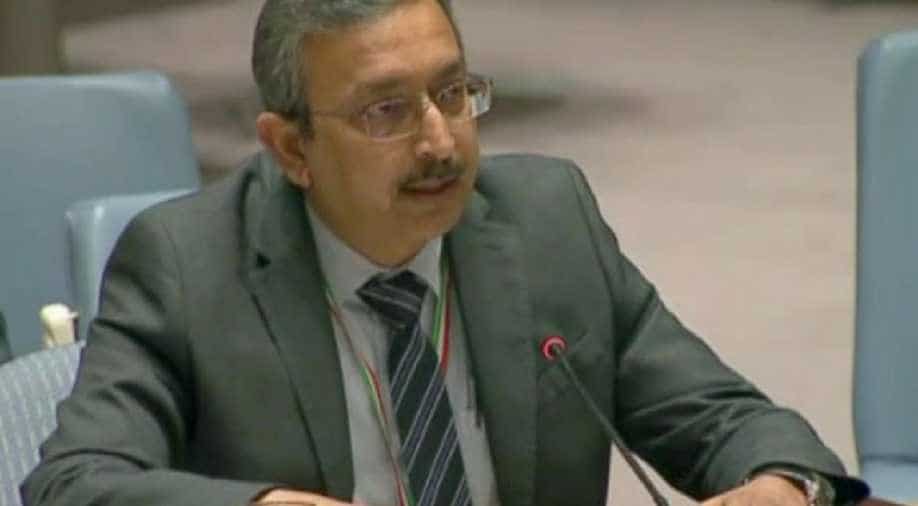 India has expressed regret that the work of the Human Rights Council is getting more contentious and difficult, as it voiced concern over instances of politicisation of human rights as a foreign policy tool.

India's Deputy Permanent Representative to the UN Ambassador Tanmaya Lal mentioned that though the Human Rights Council continues to expand with growing number of resolutions and decisions, greater frequency of meetings and special sessions, the effectiveness of its work is, however, not always clear.

He said more broadly, the global situation today is a troubled one, with growing concerns about the multiple challenges posed to the spirit of multilateralism due to ineffectiveness of the global governance mechanisms to find commonly acceptable solutions.

"The reasons for many of the difficulties surrounding the discussions on the human rights agenda are not hard to find. They flow from the often very divergent priorities and concerns of member states in terms of their levels of development, social and cultural contexts and governance systems," he said.

Lal noted that while the global discourse on human rights continues to evolve, fundamental contradictions remain. The relative prioritisation of the individual versus State, national sovereignty versus international norms and universal versus culture-specific approach, all evoke differing opinions.

"Constraints on national capacities to implement certain rights, instances of politicisation of human rights as a foreign policy tool, and perceived intrusiveness beyond mandated activities remain areas of concern," he said.

He further said while the work of the Human Rights Council continues to expand with growing number of resolutions and decisions, greater frequency of meetings and special sessions, the effectiveness of its work is, however, not always clear.

"There is also a proliferation of special procedures both on thematic and country-specific situations. Their effectiveness is also constrained by lack of, and opacity of funding, lack of a balanced representation in staffing, mistrust on some of them clearly exceeding their mandates and politicising their approach. Country-specific procedures have largely been counter-productive," he said.

"Instances of such mechanisms and offices operating on their own without any mandate and producing clearly biased documents only further harm the credibility of United Nations??," Lal said.

In June this year, India had rejected then Human Rights High Commissioner Zeid Ra'ad Al Hussein's report on Kashmir in which he had called for an independent international probe into the human rights situation in Kashmir.

Lal had said then that the "so-called" report reflects the "clear bias of an official who was acting without any mandate whatsoever and relied on unverified sources of information."

Lal had said the report "was not even found fit to be considered by the membership of the forum where it was submitted."

At the Friday session, Lal pointed out that the palette of human rights ranges from individual to collective on one hand, and from civil and political, to economic and social and cultural rights to the right to development on the other.

"Agreement on not only the prioritisation and the interpretation of various rights but on the best way to promote and protect human rights, including in situations of possible gross and systematic violations, often remains elusive, especially if it clashes with the idea of sovereignty of nation states," he said.

Describing terrorism as one of the worst forms of violation of human rights, Lal said India has had to face repeated terrorist attacks on innocent people, emanating from beyond its borders, thinly veiled reference to Pakistan.

He said despite terrorism being acknowledged as one of the foremost global challenges, any meaningful collective response to address this menace continues to be thwarted by some.

He stressed that the human rights agenda must be pursued in a fair and equal manner with objectivity, respect for national sovereignty and territorial integrity, non-interference in the internal affairs of States, non-selectivity and transparency.

"For the success of our collective and common cause or promoting and protecting human rights, our emphasis at the Human Rights Council and Treaty bodies, and Special Procedures and the OHCHR ?should not be confrontational but instead focus on achieving the desired results from a more inclusive, participatory and positive approach through dialogue and capacity building," he said.