India asks China to support application in UN on Masood Azhar, not give shelter to ULFA chief 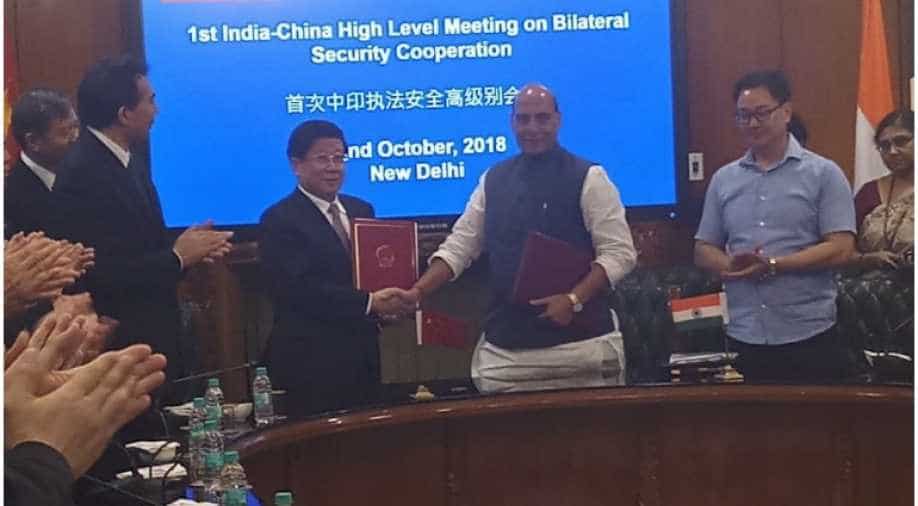 The two key issues were raised at the first India-China high level meeting on bilateral security cooperation which was co-chaired by Home Minister Rajnath Singh and Zhao Kezhi, State Councilor and Minister of Public Security, China.

It also asked Beijing not to give shelter to hardline ULFA leader Paresh Baruah on its soil, they said.

"The key concerns of both the countries were flagged and both the sides assured each other full cooperation," an official, who was part of the Indian delegation, said.

The key Indian concerns are China's objection to the application to designate Jaish-e-Mohammed chief Azhar as terrorist under the Al-Qaeda Sanctions Committee of the United Nations Security Council, frequent visit of United Liberation Front Of Assam (ULFA) leader Paresh Baruah to China and smuggling of arms and narcotics to the Northeast, the official said.

A veto-wielding permanent member of the UN Security Council, China has repeatedly blocked the bid at the United Nations to list Azhar as global terrorist.

The official said that Chinese concerns included insurgency in Xinjiang by Uyghur extremists.

After two rounds of meetings, restricted talks between Singh and Zhao followed by delegation-level parleys, the home ministry said in a statement that the two sides discussed issues of mutual interest, including bilateral counter-terrorism cooperation, and welcomed increased security cooperation between India and China.

"The agreement will further strengthen and consolidate discussions and cooperation in areas of counter-terrorism, organised crimes, drug control and other such relevant areas," the statement said.

Even though an MoU had been signed by the two sides in the spheres of security years ago, it had lapsed a few years ago.

The Monday's pact may lead to signing of a Mutual Legal Assistance Treaty in future, another official said.

Zhao Kezhi is on a bilateral visit to India from October 21 to 25 during which he will also travel to Mumbai.

The meeting comes just a year after a two-month-long border stand-off between the India Army and the China's People's Liberation Army at Doklam on the India-Bhutan-China tri-junction.

The Chinese delegation also visited the headquarters of the CRPF, country's largest paramilitary force, where they were given a presentation about the functions of the force.