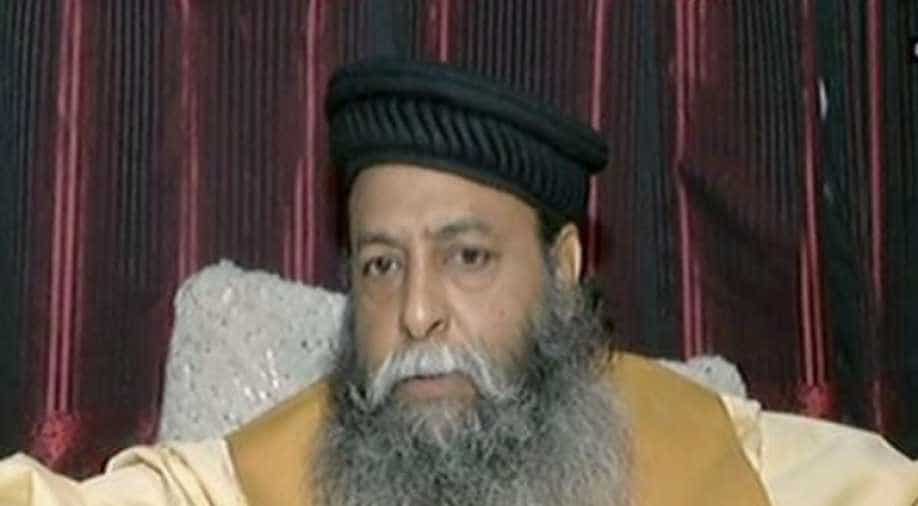 Amu had also threatened West Bengal Chief Minister Mamata Banerjee with a fate like that of Surpanakha if she continued to support the film 'Padmavati'. Photograph:( Twitter )

With a heavy heart, I have resigned from the post I had in BJP. I am pained at the behaviour of Haryana CM. I have never seen a BJP CM so arrogant who doesn't respect party workers and community representatives," Suraj Pal Amu said.

Amu reportedly also threatened to break actor Ranveer Singh's legs if he did not take back his words of support for the film and its director.

"Want to congratulate Meerut youth for announcing Rs 5 crore bounty for beheading Deepika, Bhansali. We will reward the ones beheading them, with Rs 10 crore, and also take care of their family's needs," SP Amu had said during an Akhil Bharatiya Kshatriya Mahasabha function in New Delhi on November 20.

Amu doubled the offer in response to the offer of a Rs 5 crore bounty by a man from Meerut called Thakur Abhishek Som.

"If you (Ranveer Singh) don't take your words back, we will break your legs and hand them to you," Amu had threatened Deepika's co-star Ranveer Singh who plays Alauddin Khilji in the film.

The Haryana BJP leader had threatened to quit the BJP if needed and asked prime minister Narendra Modi to exercise his powers to strike down the film.

The BJP had issued a show-cause notice to Amu and asked him to apologise.

"Mamata Banerjee should not forget how women like Surpanakha was dealt by Lakshman, who chopped off her nose," he had said.

The West Bengal chief minister had extended her support to the film on Twitter and said the controversy surrounding it was "the calculated plan of a political party to destroy freedom of expression".

"Padmavati" has been accused of distorting historical facts by fringe groups and members of the BJP including chief ministers of the states of Rajasthan, Gujarat, Madhya Pradesh and Uttar Pradesh.

The objection is to an alleged dream sequence between Deepika Padukone's Rani Padmini and Ranveer Singh's Alauddin Khilji, a claim that Sanjay Leela Bhansali has repeatedly rubbished.

"Padmavati" was originally scheduled to hit theatres on December 1 but its co-producers Viacom 18 deferred the film's release after the film ran into trouble with the censor board with its chairman accusing the makers of putting pressure on the censor board to clear the film without completing the paperwork.