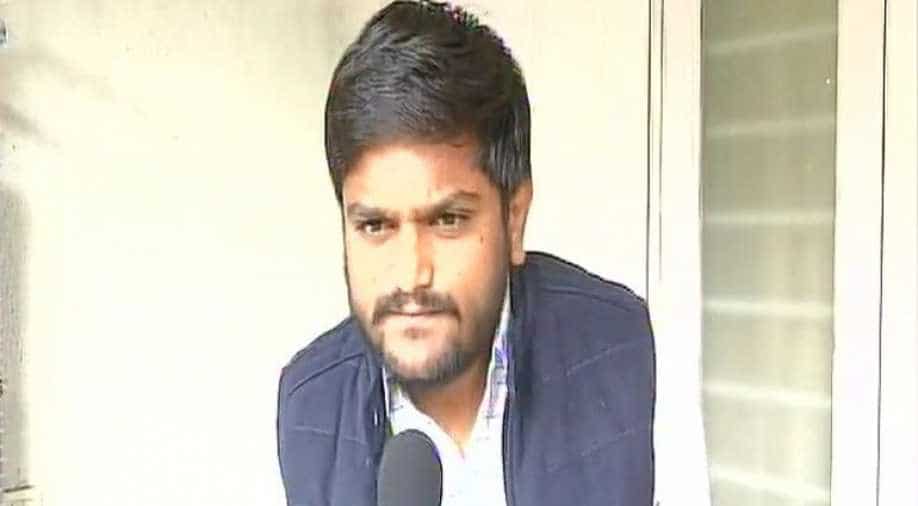 Hardik Patel said that if ATMs could be hacked, there was no reason why EVMs couldn't be. Photograph:( ANI )

Hardik Patel had tweeted: An Ahmedabad company has hired 140 software engineers to hack the source code of 5000 EVM machines.

The Patidar Anamat Andolan Samiti (PAAS) convener also alleged that there had been an attempt to tamper with EVMs in the Patel and tribal assembly constituencies. He added that if ATMs could be hacked, there was no reason why EVMs couldn't be.

He also said if EVMs were not tampered with then the exit polls' results, which showed Bharatiya Janata Party's victory in the state polls, would be proven wrong.

"I think exit polls' results will be proven wrong. If EVMs do not malfunction then BJP will lose the election. I have 100 percent doubt on EVMs," he had said.

Hardik Patel along with Patidar leaders Alpesh Thakore and Jignesh Mewani have challenged the ruling BJP government in the state in the recently-concluded assembly elections.

The results of the elections will be declared tomorrow.