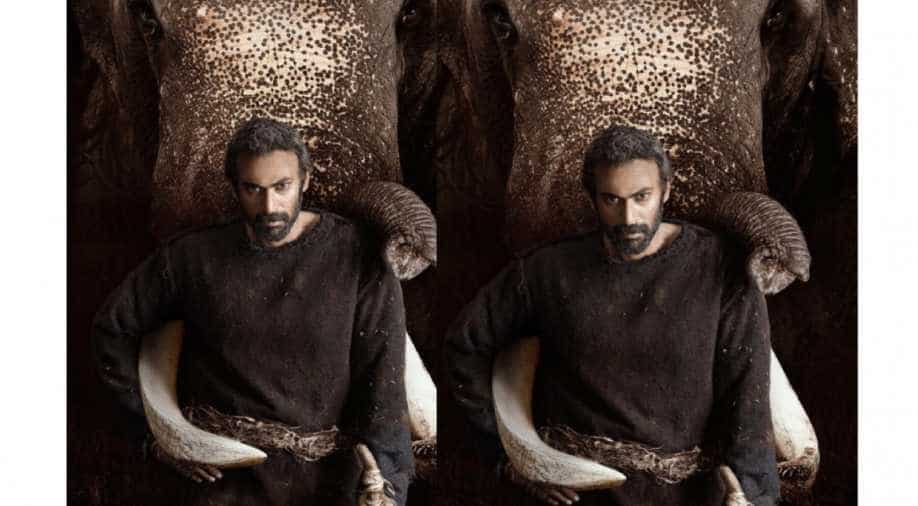 Rana Daggubati shared something more special to him than a photo of him at a party on New Year's Eve Sunday night.

The "Baahubali" actor took to Twitter to share the first look of his upcoming film "Haathi Mere Saathi" featuring him and a majestic elephant in the picture. In the picture, the actor sports short hair and a rugged look while standing in front of an elephant, almost in a defensive position.

The actor had earlier mentioned being a part of a film that deals with conservation of elephants titled "Haathi Mere Saathi" which is not a remake of the classic Rajesh Khanna film of the same name.

The film is directed by Prabhu Solomon and is inspired by real-life events -- about the bond between man and the animal.

The team will begin shooting for the film in Thailand soon and the film will also be shot in a few select locations in India.

The trilingual film is expected to release on Diwali in Hindi, Tamil and Telugu.