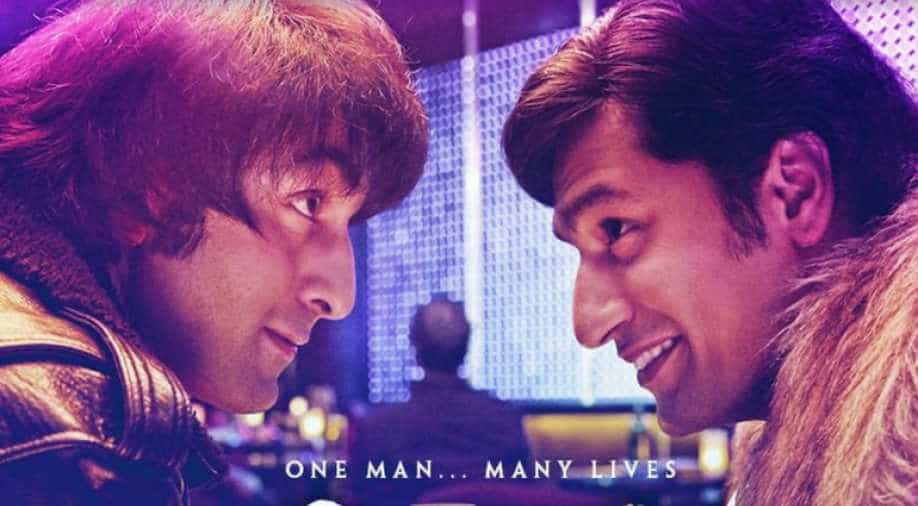 Ranbir Kapoor and Vicky Kaushal in a poster of 'Sanju'. Photograph:(Twitter)
Follow Us

It’s not an easy task to grab the limelight when you starring with Ranbir Kapoor in a film. In Rajkumar Hirani’s Sanju, Vicky Kaushal made it to almost every headline that raved about Sanju after it’s release on June 29. A major highlight in the film, Vicky played Sanju’s friend and with what finesse! Also read: This is what girlfriend Alia Bhatt thinks of Ranbir Kapoor's 'Sanju'!

Vicky Kaushal’s character Kamlesh Kanhaiyalal Kapasi in Sanju not only wowed the audience but also intrigued them as to who he actually plays as he neither totally portrays Kumar Gaurav nor does he in any way resemble Salman Khan, both who have been very close to Sanjay Dutt aka Ranbir Kapoor in the film.

In an earlier interview, it was revealed that Vicky’s character in the film is not based on the story of one man but multiple. Vicky said, “The character is an amalgamation of three or four of Sanjay Dutt’s closest friends in real life but primarily the character is based on Paresh Ghelani who is based in the US. He lives and works there.” Also read: Why 2018 belongs to Vicky Kaushal

According to another report published recently on a website, Vicky apparently plays the role of a Paresh Ghelani. As per the report, Paresh is based out of Los Angeles and was instrumental in getting Sanjay out of jail when he was convicted under Arms Act in relation with the 1993 Mumbai bomb blast case. Paresh’s family live in Chicago and he is an entrepreneur who has investments in several companies.

In the film, Paresh has been shown as Sanjay’s pillar of strength during tough times. He was instrumental in getting the actor out of his drug addiction. His relationship with Sanjay strained after the US administration started probing his links to the terror activities Sanjay was allegedly linked with.

Meanwhile, there are other actors too in the film, including Anushka Sharma, Sonam Kapoor, Manisha Koirala, Dia Mirza and Paresh Rawal.

The film is on its way to breaking all records at the box office with its massive weekend collection.