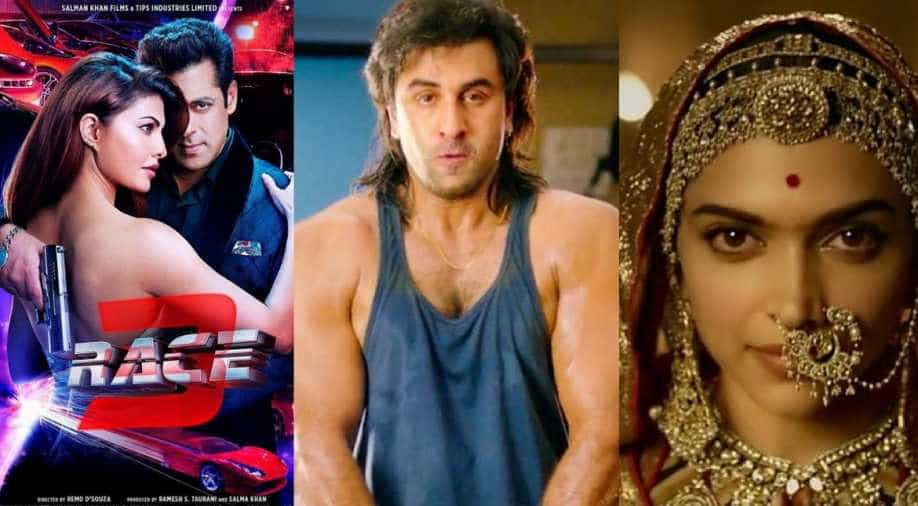 Ranbir Kapoor’s film Sanju flexed muscles at the box office as it dethroned all films of the year to become the highest grossing film of the year, if first weekend collections are looked at. After crossing the first-day collection prediction on June 29, the film has now gone on to earn Rs 73.35 in just two days. With these numbers, the film has beaten the likes of Padmaavat and Race 3 that opened big. Also read: Vicky Kaushal played this person's role in 'Sanju'!

In comparison, Padmaavat and Race 3 numbers pale as the former earned Rs 32 crore on its second day at the box office and the latter took home a sum of Rs 38.14 crore. Meanwhile, Sanju earned a total of Rs 38.60 crore on day 2.

Also read: This is what girlfriend Alia Bhatt thinks of Ranbir Kapoor's 'Sanju'!

With these numbers running at the box office, Sanju is Ranbir Kapoor’s most commercially successful film till date as trade analyst Taran Adarsh tweeted earlier.

However, it is not such a far-off thing for the director as Rajkumar Hirani is used to giving hits at the box office and breaking records.