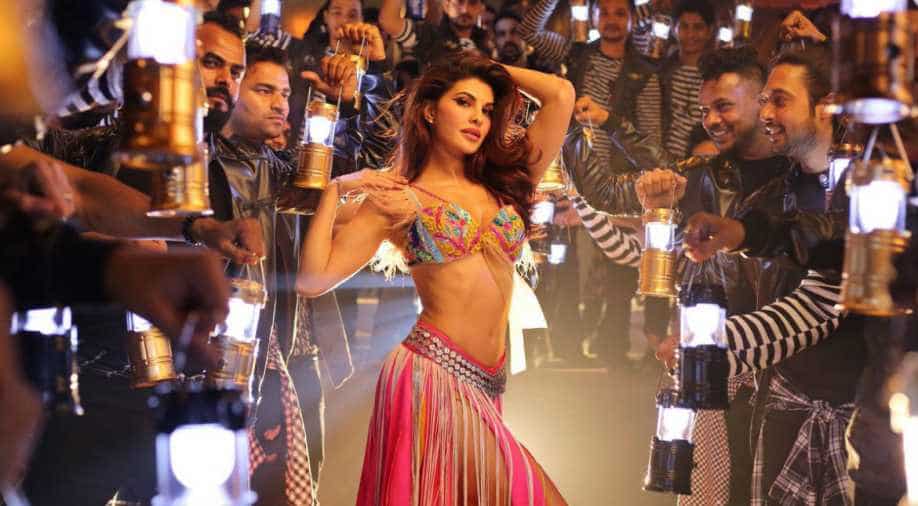 Jacqueline Fernandez in a still from the song Ek Do Teen. Photograph:( Twitter )

No one can replace Madhuri Dixit. Even someone as gorgeous as Jacqueline Fernandez. The actress features in a reprised version of the iconic song Ek Do Teen which originally featured Dixit and made her an overnight star.

The video has Jacqueline wearing a multi-coloured costume which is almost similar to what the dancing diva wore in the original number. Sadly, despite similar steps and costume, the new version is not a patch on the original song which was in the film Tezaab.

Sung by Shreya Ghoshal and recreated by Sandeep Shirodkar, the new reprised version is high on oomph and seems low on the melody.

Soon after the song released, Twitter was quick to pass its judgement on it as well.

Me looking for the reasons why they allowed @Asli_Jacqueline to ruin a classic Song like #EkDoTeen ???? pic.twitter.com/t6eHw8vWjX

I don’t know about Madhuri but I felt like dying after seeing #EkDoTeen by Jacqueline. So so ruined the charm ????

We should praise the hideous new #EkDoTeen remix 'dance' video, since it is grotesque (and blasphemous) enough to kill the Bollywood remix trend altogether.

Here is the original version of the song. You decide which p0ne you prefer more.