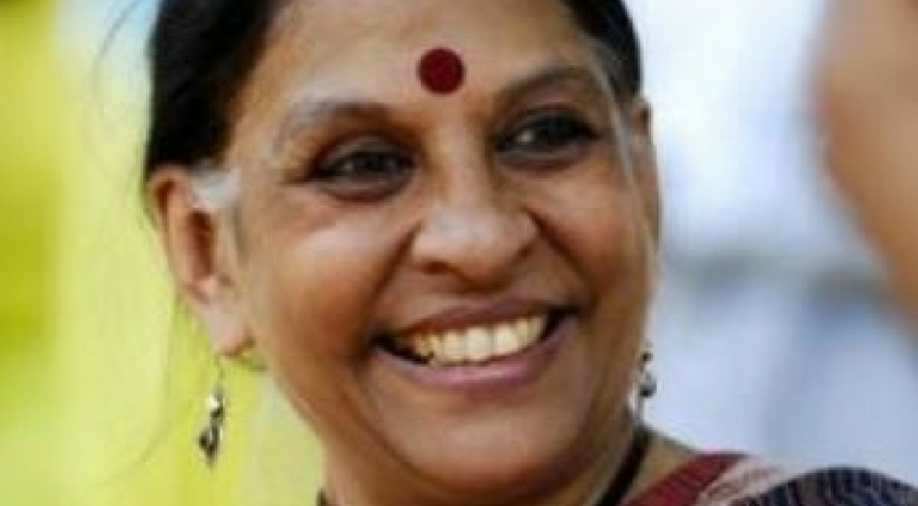 Jaya Jaitly is accused of accepting a Rs two-lakh bribe in 2001. Photograph:( Facebook )

Former Samata Party president Jaya Jaitly has entailed her reasons for enclosing a letter, written by Congress President Sonia Gandhi to former finance minister P. Chidambaram, in her memoir due to be released on Tuesday, and hinted that the UPA-led government in 2004, and particularly Gandhi was involved in facilitating the framing of corruption charges against her.

The author has made these claims in her memoir, 'Life Among the Scorpions: Memoirs of an Indian Woman in Public Life'. The book hints at the links between Gandhi and the Tehelka news portal, particularly in the Tehelka sting 'Operation Westend.'

"I included the letter in my book to show the truth behind accusations against me that I met with wrong people and assured them of my help in exchange for money. The wrong people were fake. Neither did I give them any assurances, nor asked and received any money. I have been going to court for nine years for the wrong allegations," Jaitly .

Jaitly referred to the ongoing nine-year-long corruption case against her, wherein the Central Bureau of Investigation (CBI) filed a charge sheet alleging that she had accepted a bribe of Rs 2 lakh in 2001. She was alleged to have accepted the money in exchange for persuading former defence minister George Fernandes to award the contract of hand-held thermal imagers to a company named West End International.

The case was registered on the basis of a sting, 'Operation Westend,' conducted by news portal Tehelka in 2000, purportedly exposing alleged corruption in defence deals.

"I positioned the letter in such a way to show that a letter was written to someone who is even above the prime minister, who then wrote to the finance minister relating their problem, and immediately the problem was solved. This is the reality unlike the allegations against me which are fake," Jaitly said, and added, "to save a person, who paid Tehelka to conduct a sting operation, there must be some connection."

The letter was written merely months after the UPA formed the government, and Sonia Gandhi declined the post of the prime minister, which was passed on to Dr Manmohan Singh.

"Without having any official post in the government, Sonia Gandhi writing letter to the finance minister shows how much power she held," Jaitly said, and added, "Unlike the usual delay in official matters, an action was taken within five days. They were so energetic. Was this the only work they had after coming in the Centre?"

Meanwhile, Congress leader Manish Tewari reacted to the entire controversy and said "Tehelka" was targeted by the NDA-BJP government for exposing the dirty dealings of their associates.

"In 2001, a news portal called Tehelka carried out a sting, in which they exposed the dirty dealings of a number of eminences associated with the NDA-BJP government, including the then BJP President Bangaru Laxman. He was caught on candid camera taking money for allegedly doing favours in a defence deal. Subsequently, the NDA-BJP govt came down like a tonne of bricks on that news portal," Tewari claimed.

The former Union Minister alleged that the news portal was hounded by the NDA government, due to which the UPA government was forced to intervene.

"It was the classical case of shooting the messenger rather than listening to the message. Exactly in the manner in which today the Enforcement Directorate, the Central Bureau of Investigation and the Income-Tax department is being abused by this government against its political opponents. In fact, a commissioner inquiry was constituted that got nowhere and on the other hand, a news organisation which had done its legitimate duty was hounded to the ground. Under those circumstances, an intervention with the right intent for the freedom of speech and expression was done at that point of time to ensure that vendetta and witch hunt comes to an end," Tewari said.