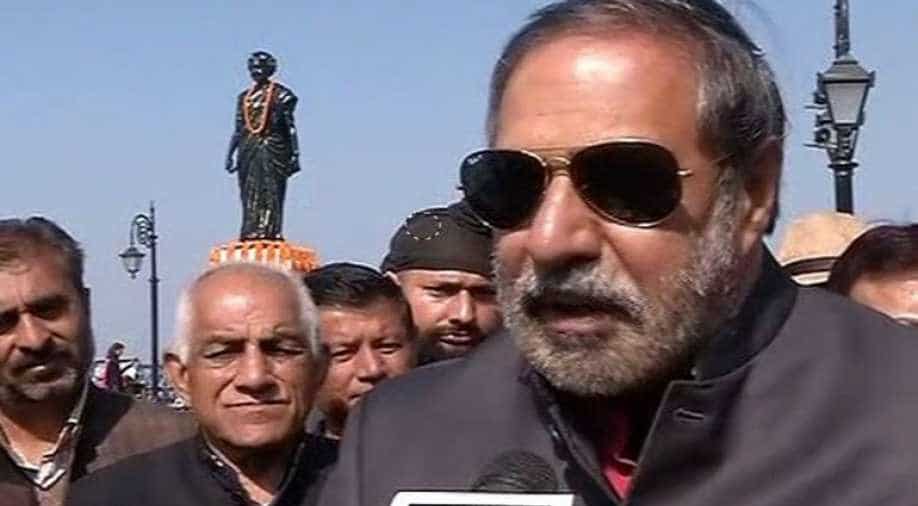 Congress leader Anand Sharma said that the decision will not make any difference as their party is already strong in Himachal. Photograph:( ANI )

A day after the Bharatiya Janata Party (BJP) named Prem Kumar Dhumal as its Chief Ministerial candidate for the upcoming Himachal Pradesh elections, the Congress said that the party took the decision in compulsion.

Congress leader Anand Sharma said that the decision will not make any difference as their party is already strong in Himachal.

"I don't think this is going to make any difference. This is a political compulsion. They realised that it is a very difficult contest for BJP and Congress party is strong on the ground. There is internal conflict within the BJP which prevented them from declaring Dhumal as their CM face. Now they have done it because of the compulsion after Dhumal expressed his unhappiness in public. Dhumal has been a chief minister in the past and has been a miserable failure. He has failed to deliver," he said.

The BJP on Tuesday named Dhumal as its Chief Ministerial candidate for the upcoming Himachal Pradesh elections.

While addressing a rally here, the BJP president Amit Shah said, "The BJP will fight Himachal Pradesh assembly elections under the leadership of Prem Kumar Dhumal. I want to tell you Virbhadra Singh ji (Himachal CM) that former CM and current leader of Opposition Dhumal ji will become chief minister of Himachal Pradesh after December 18."

The Himachal Pradesh Legislative Assembly election is scheduled to be held on November 9, 2017, and the results will be declared on December 18.

Presently, he holds the designation of Leader of Opposition in the state assembly.