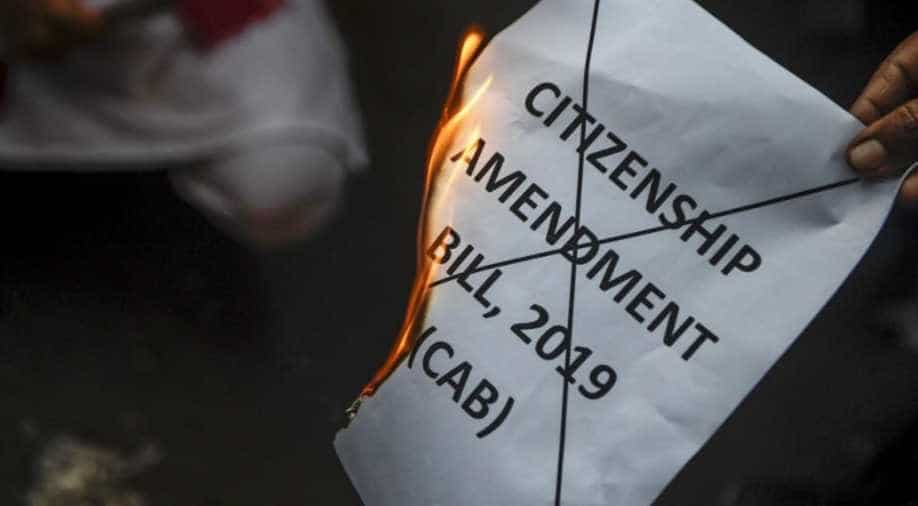 They blocked the highway by burning tyres. While at Vaishali, the highway was blocked by the RJD workers with the help of buffaloes.

Following the call of "Bihar-Bandh" against the Citizenship (Amendment) Act by the Rashtriya Janata Dal, party supporters blocked highways at Darbhanga and Vaishali here on Saturday.

They blocked the highway by burning tyres. While at Vaishali, the highway was blocked by the RJD workers with the help of buffaloes.

In Darbhanga, party supporters also protested at the railway line and disrupted train movement.RJD leader and former Deputy Chief Minister Tejashwi Yadav on Friday appealed to the people of the state to participate in the Bihar bandh against the Citizenship (Amendment) Act (CAA) on Saturday.

"Bihar will be closed tomorrow. So I appeal to the people for their support," he told ANI."In protest against CAA and NRC, the RJD will be leading a Bihar bandh on December 21. On the eve of it, party carried a torch rally in all districts to give call for a peaceful protest", Tejashwi tweeted on Friday.

Opposing the proposed National Register of Citizens (NRC), he said the people`s documents often get washed away in floods in the state, and hence they cannot prove their identity if the NRC is implemented.

"In Bihar, people`s documents flow away with floodwaters. How can they prove their identity," Yadav had said.

Meanwhile, JD(U) has supported the central government with the passage of Citizenship Amendment Bill in the Parliament.

Protests have intensified in various parts of the country after the Parliament passed the CAA last week.

The CAA grants citizenship to Hindus, Sikhs, Jains, Parsis, Buddhists and Christians fleeing religious persecution from Pakistan, Afghanistan and Bangladesh and came to India on or before December 31, 2014.