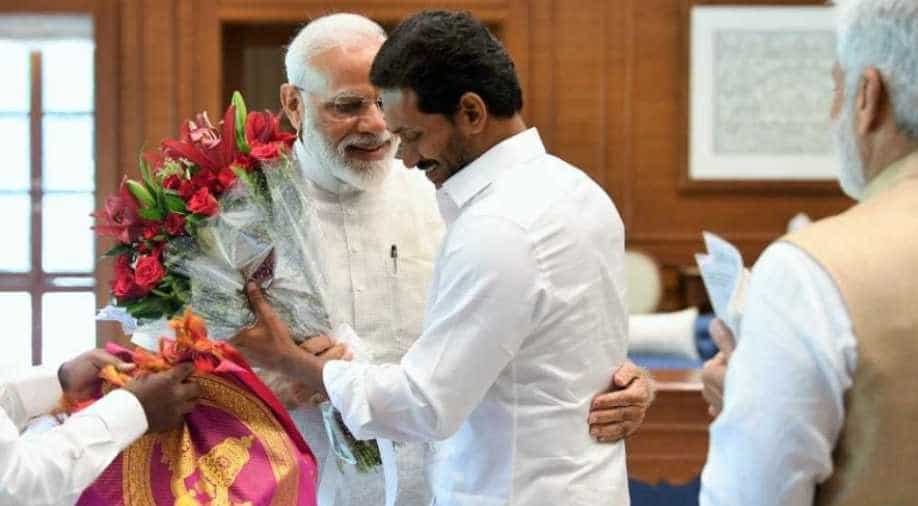 The Andhra Pradesh Chief Minister designate is likely to discuss offering outside or issue-based support to the Modi government at today's meeting.

V Vijaya Sai Reddy and other leaders of YSRCP were also present during the meeting. He also met BJP president Amit Shah.

Reddy is expected to interact with officials at Andhra Bhawan later in the day.

On Saturday, he was unanimously elected as the leader of YSRC legislature party.

Time and again, Reddy had said that his party would support whoever promises Andhra Pradesh the Special Category Status.

"Congratulations on the remarkable win in Andhra Pradesh. Best wishes to you for a successful tenure," Modi tweeted.