SP-BSP incapable of handling goons, how will they combat terrorism: PM Modi 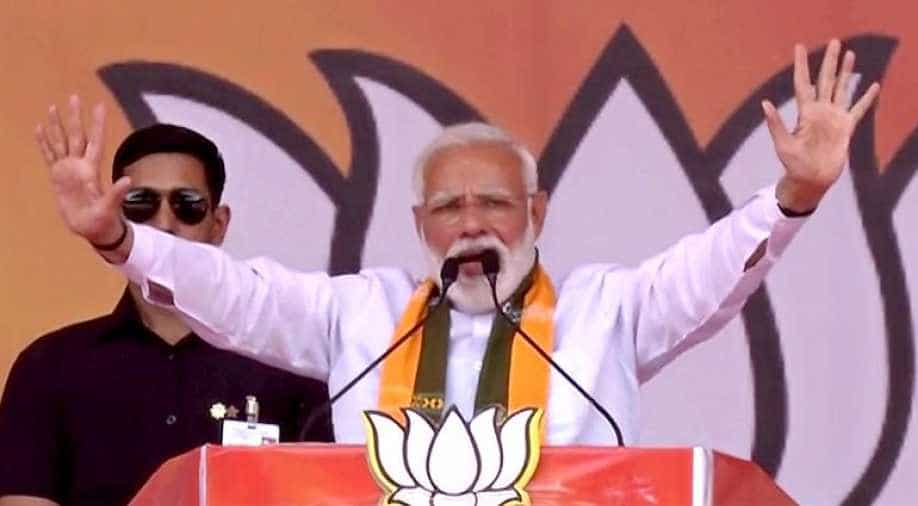 Sharpening his attack against the Samajwadi Party (SP) and Bahujan Samaj Party (BSP), Prime Minister Narendra Modi on Sunday asked how parties that are incapable of handling "roadside goons" can combat terrorism.

Modi went on to say that he has never utilised his public office for personal gains while taking a jibe at the 'bua-babua' duo (Mayawati and Akhilesh).

"I remained the chief minister of a prosperous state for more than the terms of 'bua' and 'babua' summed up together. I am also the Prime Minister of the country for the last 5 years. But I have never used my office for removing my poverty or poverty of my family," said Modi.

"I never dreamt of becoming wealthy by 'jod-tod' (corruption) nor let my family see such dream. Today I am fit and fine but imagine a time after 20-25 years when my body might not be so well and will weaken, I will have to take leave and will have to search for rented accommodation for my stay," he added.

Continuing his tirade against the Opposition, Modi said his opponents want to form a government at the Centre for 'looting' public money and wealth of the nation.

"They want to form the government at the centre because they want to get back the license to loot for their families and known ones. Someone gulped down coal, someone did telecom scam, some even snatched bricks and cement, they have not left even the tap," said Modi.

"I have studied whole night under kerosene oil lamp without any electricity. I have witnessed how hard it is for the families that have no toilet, no bank account, no health facilities. I have reached here braving such odds," he added.

Voting for the sixth phase of Lok Sabha polls began on Sunday morning. A total of 59 seats from six states and one Union Territory are going to polls in this phase.

Counting of votes will take place on May 23.