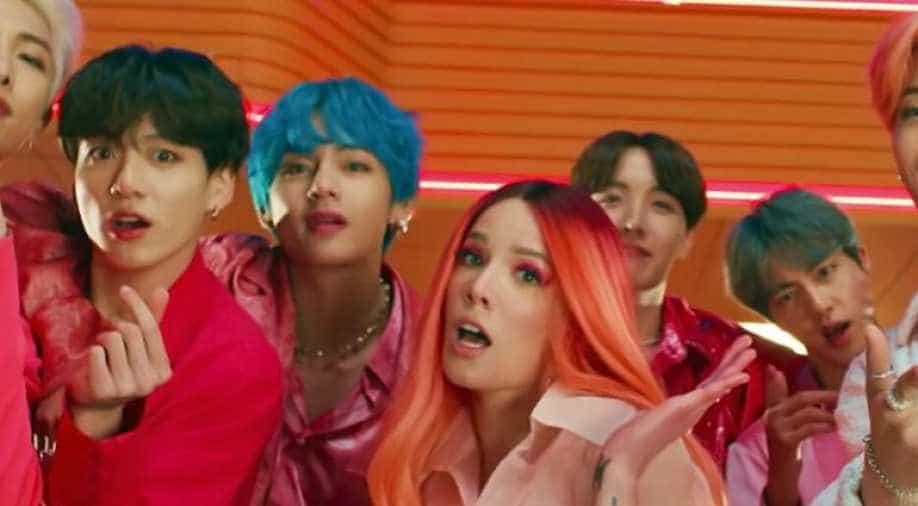 K-pop group BTSkeeps breaking their own records. The latest one involves their one-year-old song 'Boy With Luv' featured Halsey. The song has become the fastest Korean boy group music video to cross 750 million views on YouTube.

In pics: From Lewis Capaldi to Billie Eilish: 10 biggest albums of 2020 in the UK

On April 15 2020, the music video surpassed 750 million views -taking only a year and three days to hit the milestone.

This is not the first time that the pop group has reached a milestone. Earlier  BTS'  'DNA' took one year, eight months to reach 750 million views on YouTube.

'DNA' is also one of the most commented videos in YouTube history. The music video released 3 three years ago but fans continue to comment on the video till date.