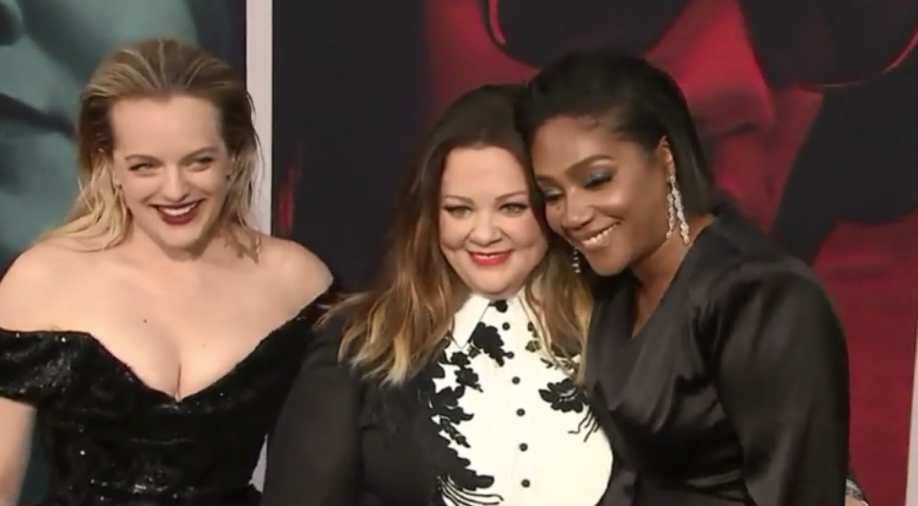 Gangster movie 'The Kitchen', which had its world premiere in Hollywood on Monday (August 5), turns the genre on its head with women taking the reins of power.

Melissa McCarthy, Elisabeth Moss and Tiffany Haddish play three downtrodden wives to gangsters. However, when their husbands are thrown into prison and the women are left in poverty, the trio take it on themselves to take on the roles vacated by their other halves.

Although the film is based on a DC/Vertigo comic series, Moss believes that the film will empower women, saying "I hope that they see not superheroes but real women faced with real challenges whether it's combating domestic abuse or whether it's putting food on the table for your kids. I think these are real stories and it's not fantasized and I hope people see that."

Not only were the typically male characters of the gangster movie made female, but also marks the first time that comedian Tiffany Haddish follows in the footsteps of McCarthy by doing dramatic roles.

Not only does the film star women, but it was directed and written by Andrea Berloff, who was Oscar-nominated for her screenplay for "Straight Outta Compton."

She told Reuters "Audiences are tired of seeing the same old thing. They want a fresh story, they want people doing different things and this is it."

Although the film appears to be embracing equality in the post-#metoo and Times Up Hollywood, McCarthy said there's still a way to go, saying "I think we're at the beginning of a movement and I think we have to keep pushing. You can talk a good game but you have to wait until it changes so we're not there yet. We will be. You've got to root for it. I'm a hopeful person. I have two daughters, I have to be. I'll fight, I'll fight until I can't fight anymore."

McCarthy hit the headlines recently when it was reported that she was taking on the role of the wicked character of Ursula in the upcoming Disney live-action 'The Little Mermaid'. However, when asked she simply replied "Ursula? What? Who's that?"

In the meantime, she can be seen in 'The Kitchen', which goes on release on August 9.