Sooraj Pancholi on clash with 'Bala': Can't get single screen, I am no Salman Khan or Akshay Kumar 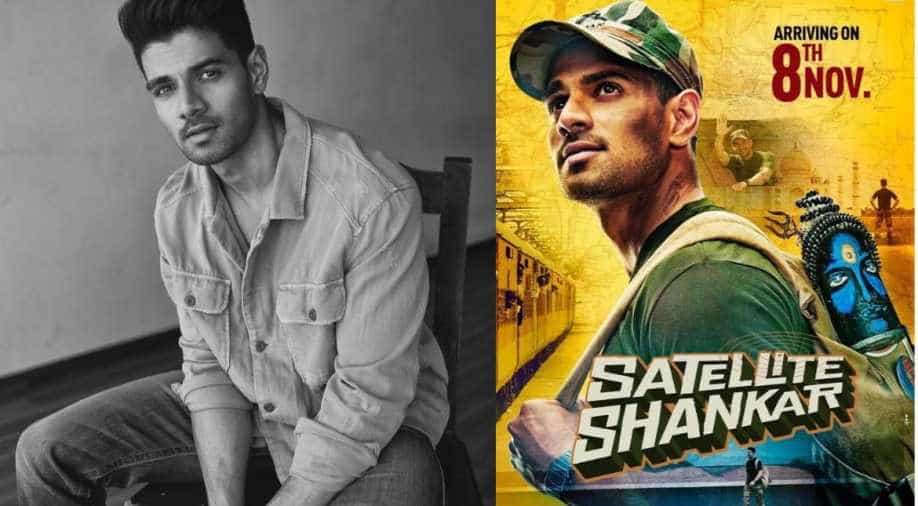 Coming back to films with 'Satellite Shankar', Sooraj Pancholi spoke to WION about his long break, controversies, Salman Khan and his dogs.

Sooraj Pancholi made a whirlwind Bollywood debut with ‘Hero’ in 2015 and then practically vanished from the public eye until now when he’s back with a film titled ‘Satellite Shankar’ in which he essays the role of an Indian soldier who is going home after being granted a vacation only to get caught up on his journey. The film is up for release in the theatres on November 8, 2019.

Sooraj who has been an observing member of the Bollywood thanks to his actor parents, Aditya Pancholi and Zarina Wahab, took four and a half years to come back to films after his first. Answering that and more, the actor spoke to WION about his long break, controversies, Salman Khan and his dogs.

It's been more than four years, why such a long break?
I needed time for myself. I have always been a very different person as for me happiness has always been first from within and then exterior. I first wanted to be motivated enough to do something that I have signed up for because a lot of money and hard work goes behind making a film. I didn't want to be 90% here or there. I wanted to be 100% there.

How does it feel to be back?
I feel amazing to be back. Even more because I always wanted to do a film on the Indian Army or a soldier. I think this is the perfect soldier film I could do. I don't know how the film will fare, but we have made a good film.

How did you get into the skin of the character for 'Satellite Shankar'?
It started off with a lot of readings. It’s a drama film with lots of dialogues. Every three minutes we have a different actor acting with me because I’m travelling in the film. We are showing lots of different cultures so I had to speak different languages in the film — Gujarati, Bihari, Punjabi, Tamil, Hindi, Marathi and maybe a few more here and there.

Also, I was very bulky, very muscular. The director told me that I had to look like a jawan. I became completely vegetarian. I cut down 9 kgs of muscle, which was very difficult for me. Losing fat for me is easy but losing muscle is very difficult. I have a lot of muscle memory but now I am getting bigger again for another film.

Had you visited these places in India before?
I had never travelled so extensively in India in my life. I had never been to Jammu, never to Punjab, had not seen the Taj Mahal, never went to Kerala. I live in Maharashtra but i didn't know that the other side of Maharashtra was even more beautiful than the city. I got to see a lot of different cultures, met the real adivasis.

In this film I have acted with people who had never acted before, so they were basically as new as me. It was a changing experience for me.

How do you feel about your film’s clash with Ayushmann Khurrana’s ‘Bala’?
Ofcourse I am nervous. Ayushmann is a popular actor today. He’s very popular, he has two popular girls with him and his film is looking very good but if I want single screen, I can’t get it because I am no Salman Khan or Akshay Kumar. I think by the time I will come anywhere close to where they are, I will still not get single screen because we will be making so many films together in the industry. If it was not Ayushmann’s film, it would have been some other film. First we were coming with ‘Marjaavan’, we preponed and we are now coming with a bigger film, thanks to my producers. I have done my job, we have made a good film. We have attempted to do something. I hope the audience likes it.

You have called Salman Khan your hero on several occasions. What role does he play in your life?
I don't really know because whenever I ask him why he has helped me, he has no answer. My parents have known him but they are not friends with him. It's not like they are always at his Eid parties or at his home or my father’s having a drink with him! This has never  been the case. He once generally called me, years back, when I was about 19-years-old. He called me on my phone and said Sooraj come to Yash Raj’s office and meet me. I met him. He asked me to assist Kabir Khan. I assisted. That’s when I became a bit friendly with him. That's where he got to know me. I don't know why he helped me.

What can you tell us about your next film ‘Time To Dance’ with Katrina Kaif’s sister, Isabelle?
It’s a dance film. Isabelle is a really good dancer. We still have seven days of shoot left. It was shot before ‘Satellite Shankar’ though its releasing after. Working with her was really nice. She’s from London, we shot in London. She showed me around, we did our scenes. It was a fun film. Very different from this film.
I like to dance. We learned a bit of Hip Hop, Latin dancing, Bachata, Salsa for the movie.
I have known Katrina since before I got to know her sister. I have worked with her before as I was assisting Kabir Khan on ‘Ek Tha Tiger’ set.

How important is social media to you?
I am not as active as I should be. I am now making an effort because I think it’s very important but it gives you a headache sometimes.

Your Instagram is either about your dogs or fitness. Which of the two are you most fond of?
My dogs. I have always had dogs. My first dog that my parents got me was when I was one-year-old. Since then, I am going to be 29 now, there has never been a time that I have not had a dog in my house. They are the best family members. They don’t have any kind of expectation. He (Salman) likes dogs too. He in fact wanted to gift me a huge dog. I told him ‘Sir, I already have 7 dogs’. I could not take that dog.

How do you deal with trolls?
It depends on my mood. If I am angry at something else I start reading comments so that I feel worse. Otherwise, I don’t really pay attention. Sometimes I reply back. It affects me. It affects everybody, whoever says no...it does affect everybody.