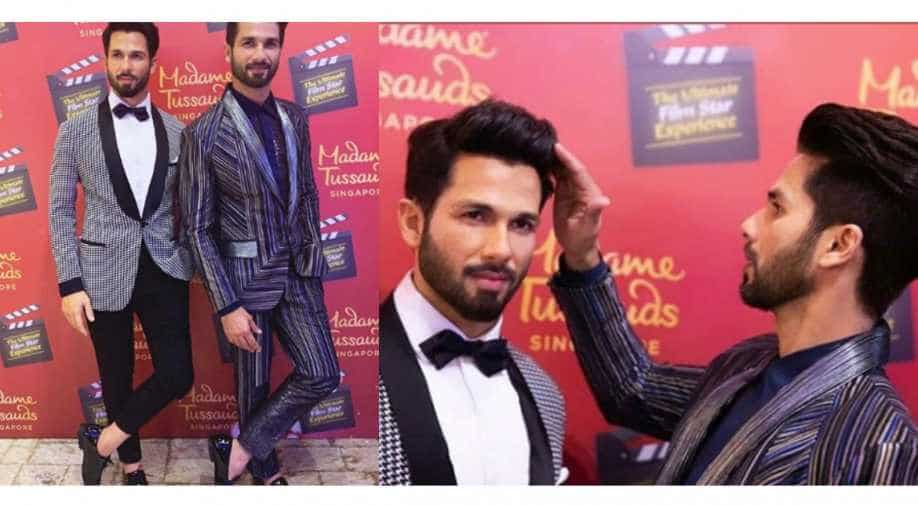 Shahid left for Singapore earlier this week with his wife Mira, daughter Misha and son Zain. However, he said that his kids will not join him at the venue.

Shahid Kapoor unveiled his first-ever wax statue at Madame Tussauds Wax Museum in Singapore as he was seen at the venue with his wife.

While many actors won’t be able to say that their wax statue looks like a spitting image of theirs, Shahid’s is! He shared a picture of self with the statue on Instagram and captioned it, “Twinning”. Both the statue and Shahid were seen posing for the cameras in stylish suits and shiny black shoes.

The statue seemed to have become a hit with his fans too who started commenting on his post, asking which one is real out of the two.

Speaking about getting a statue, he said in an interview, “You do feel special, blessed and privileged that you’ll be a part of an elite group of people, who are achievers. Also, I’m curious and excited to see what the statue looks like, and I’m sure that moment will be a bit weird and surreal. When I saw a picture of Mahesh Babu with his statue, I couldn’t figure out the real person (laughs). I am happy that they thought I was deserving of a wax statue. I am thrilled to be there and be a part of that experience. I’m sure it will be nice.”

Shahid left for Singapore earlier this week with his wife Mira, daughter Misha and son Zain. However, he said that his kids will not join him at the venue.

Shahid will soon be seen opposite Kiara Advani in ‘Kabir Singh’. The film’s trailer released earlier this week and was met with great reactions from the audience. It is slated to release on June 21.