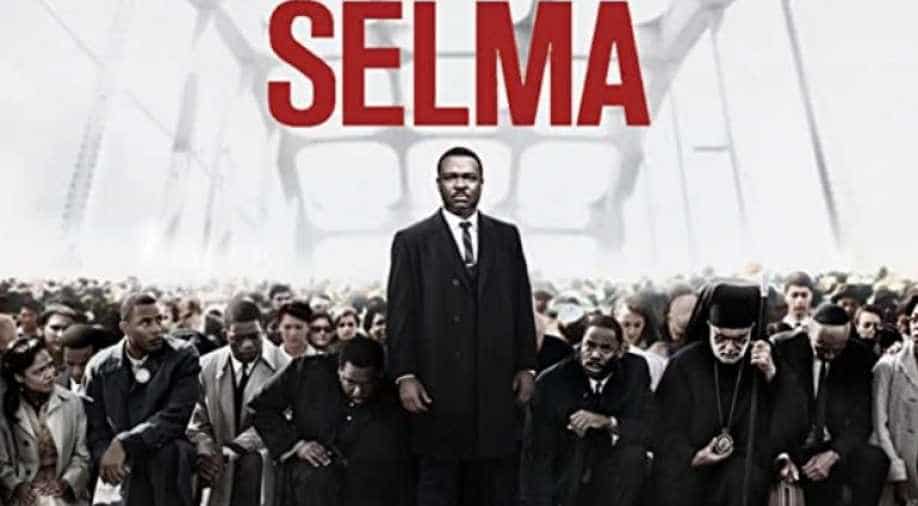 In 2015 Oscars, 'Selma' got just two nods and a win for best original song.

The civil rights movie 'Selma' was made free for rental on Friday, a day after actor David Oyelowo said Oscar voters had deliberately snubbed the film in 2015.

Oyelowo, who played Dr Martin Luther King Jr. in the movie, said members of the Academy of Motion Picture Arts and Sciences objected when 'Selma' cast members protested the death of a black American.

When the cast of Selma wore "I Can't Breathe" shirts in memory of Eric Garner, Oscars voters complained they were "stirring shit." Sadly not surprised, given that 4 years later, those voters gave best picture to...Green Book. https://t.co/HNlQWovaVu

''Remember at the premiere of 'Selma' us wearing ' I  Can’t Breathe' T-shirts in protest," said Oyelowo, referring to the death in New York of Eric Garner after being held in a police chokehold. Garner died in July 2014; 'Selma' premiered in December 2014.

"Members of the Academy called into the studio and our producers saying, ‘How dare they do that? Why are they stirring S-H-I-T?’ and ‘We are not going to vote for that film because we do not think it is their place to be doing that," he added.

Oyelowo and director Ava DuVernay were overlooked in Oscar nominations in 2015, helping to spur the #OscarsSoWhite campaign demanding greater diversity in Hollywood. 'Selma' got just two nods and a win for best original song.

The actor, who is British, was speaking in a virtual round table hosted by Screen Daily on Thursday about racism in the United States that was prompted by the death in May of George Floyd, an unarmed black man, while pinned by a white police officer in Minneapolis.

Happy to share: Paramount Pictures is offering SELMA for free rental on all US digital platforms for June, starting today. We’ve gotta understand where we’ve been to strategize where we’re going. History helps us create the blueprint. Onward. @SelmaMovie. https://t.co/mxhGpfQeIP

"It’s part of why that film didn’t get everything that people think it should’ve got and it birthed #OscarsSoWhite,'' added Oyelowo. ''They used their privilege to deny a film on the basis of what they valued in the world.''

On Friday it announced that 'Selma' would be free for rental for the remainder of June, saying that had been planned earlier this week. "We hope this small gesture will encourage people throughout the country to examine our nation's history and reflect on the ways that racial injustice has infected our society," Paramount said in a statement.