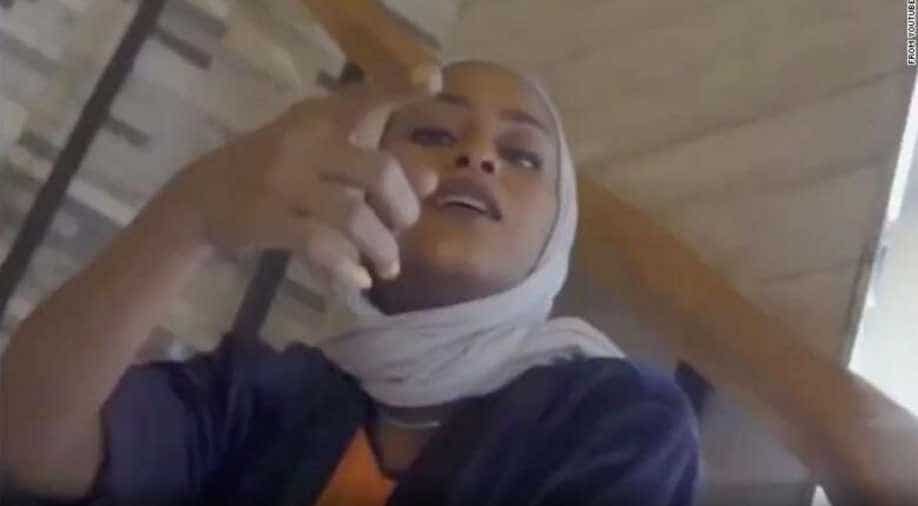 In the video, she can be seen rapping about what it feels like to be a woman from Mecca.

Saudi Arabia officials have ordered the arrest of a female rapper for a music video titled ‘Girl From Mecca’ that went viral on YouTube.

In the video, she can be seen rapping about what it feels like to be a woman from Mecca. She can be seen wearing a headscarf while rapping as she sings in a coffee shop with backup dancers around her. The lyrics go like: "A girl from Mecca is all you need. Her beauty exceeds those of any Saudi woman....."

As soon as the video ‘Girl From Mecca’ went viral, according to the Mecca region's official Twitter account, the governor of Mecca, Prince Khalid bin Faisal ordered the arrest of those responsible for producing the song. The order comes as it "offends the customs and traditions of the people of Mecca and contradicts the identity and traditions of its esteemed population."

The prince has also ordered the singer and those responsible for the song to be investigated and punished by the "relevant authorities."

The rapper’s account was wiped out from YouTube including the said song earlier this week. However, internet users have downloaded the song and it has been republished on several accounts.

Internet users stand divided on the song as some point out that she is covered and that people have a problem with a black Saudi singing more than the lyrics as the lyrics only glorify the women of the kingdom and there is nothing wrong with it while others say such rapping videos are not in good taste.

A Saudi woman who appears 2 be of African descent made a cute video rapping about Makkah & her culture using witty lyrics. The video went viral, she was reported to authorities. The twitter backlash against her is full of racist pricks like this person 👇🏽 .. #لستن_بنات_مكة https://t.co/8IdN08akXN

This order comes at a time when Saudi Arabia has been working to improve its public image vis-a-vis women’s rights in the kingdom. In December last year, the government ended gender segregation at restaurants. In August, a ban was lifted on Saudi women holding passports and traveling abroad without the consent of a male guardian. In a landmark reform, women were granted the right to drive in 2017 and were issued their first drivers' licenses in 2018.

However, many harsh rules remain in place.