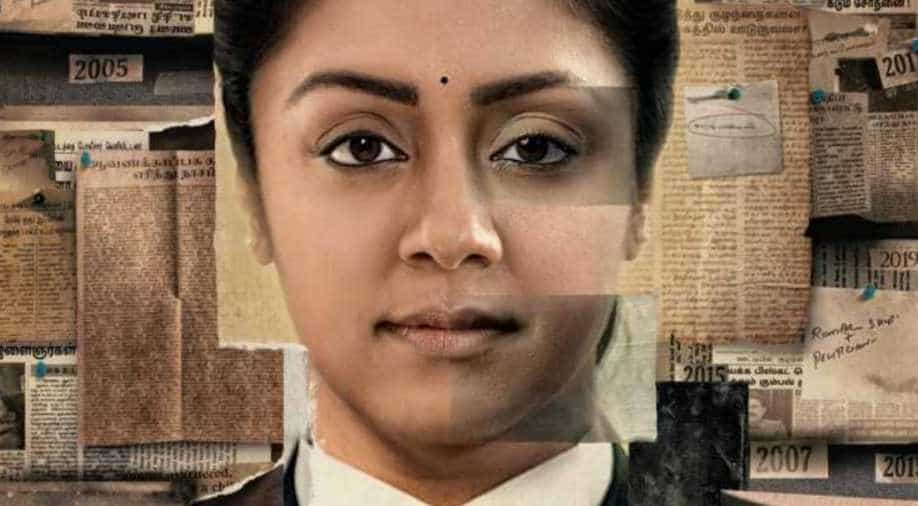 Meanwhile, ‘Ponmagal Vandhal’ was set to hit theatres on March 27 before the announcement of a lockdown in the wake of coronavirus crisis.

After Jyotika’s 'Ponmagal Vandhal' was announced to stream on Amazon Prime, the Tamil Nadu Theatre Owners Association came together to contemplate a ban on Suriya’s motion pictures as the actors’ 2D Entertainment decided to launch Jyotika starrer 'Ponmagal Vandhal' immediately on an OTT platform.

Now, as a response to that, over 30 Tamil movie producers have launched a joint assertion to launch their movie immediately on an OTT platform, especially in the time of countrywide lockdown that has left all theatres to be shut indefinitely.

The Tamil producers argue that they need to have the liberty to launch small and medium budget films immediately on OTT platforms. “With the development of OTT (Over the Top) technology, many new films started coming out worldwide directly on this platform. Post the lockdown due to corona in the country, many OTT platforms have started acquiring small and medium budget films for direct OTT premiere, which we all have to welcome wholeheartedly,” they said.

They also added that Hindi, Telugu and different languages producers try to promote the rights of the movies to OTT platforms to get their funding. “The balance films can release properly too. Like that there are so many benefits we can enjoy by allowing the OTT premiere of small-medium budget films and hence this step by OTT players must be welcomed by all of us. We must request OTT players to acquire many small and medium budget films, which are struggling to release or stuck due to this lock down,” the assertion learn.

“In addition, a Film Producer who has invested his money, has all the right to exploit his film in every possible way by selling the rights available for his film, to recover his investment so that he or she can continue in the film business.”

“For the film industry to operate smoothly, the three key stakeholders (producers, distributors and theatre owners) must work together in unison and take decisions in the best interest of the industry. We strongly request that no individual film trade association should take any decision and announce it unilaterally, which may hurt the interest of a film producer, who is trying to protect his business.”

The team of producers also demand that once the lockdown is lifted, all stakeholders should come to a resolution concerning OTT launch of films.

Meanwhile, ‘Ponmagal Vandhal’ was set to hit theatres on March 27 before the announcement of a lockdown in the wake of coronavirus crisis.