Munawar Faruqi on facing backlash for participating in Kangana's show: Let's not make internet about hate 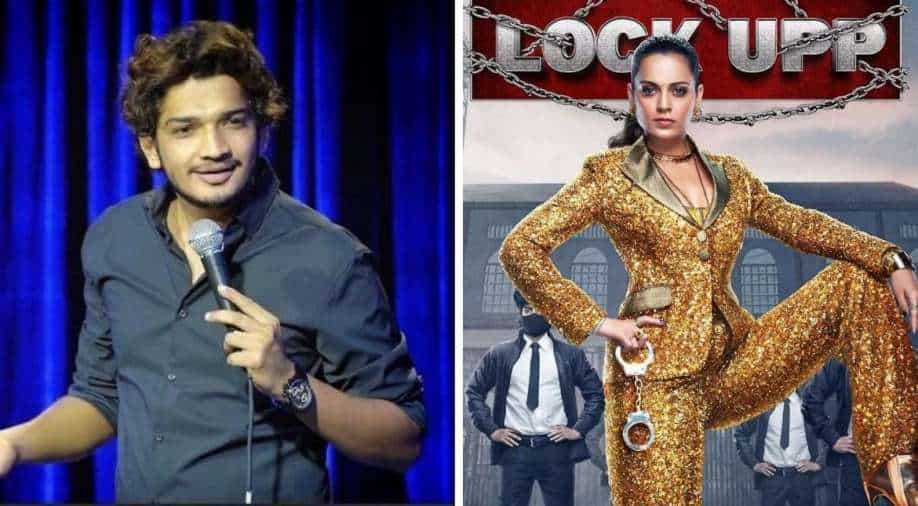 The news of stand-up comedian Munawar Faruqi participating in Kangana Ranaut-hosted upcoming show 'Lock Upp' did not go down well with a section of social media users.

The news of stand-up comedian Munawar Faruqi participating in Kangana Ranaut-hosted upcoming show 'Lock Upp' did not go down well with a section of social media users. Criticising him over his decision, a netizen tweeted, "It is safe to say that I never was a Munawar Faruqi fan but I wouldn`t expect him to take this sort of an opportunity out of the limelight. he proved himself to be just another puppet, what a pity!" Another one wrote, "You are a hypocrite."

After facing backlash online, Munawar took to Instagram and penned a statement, urging people not to spread hate.

"Request to friends, fans and followers If you see people giving their opinion on something Im doing...Don`t argue or abuse them...Put your words in right way and leave! Don`t engage. They have the right to do that as I feel few are hurt, disappointed but at the end lets not make Internet about arguments and hate. let them do their job (criticism) and let me do my job! (Entertainment) My job is to entertain you people! And I will try my best to do that 24*7 on this show," he posted.

In 2021, Munawar was arrested by the Indore Police in a case for allegedly hurting religious sentiments and was in jail for almost a month.