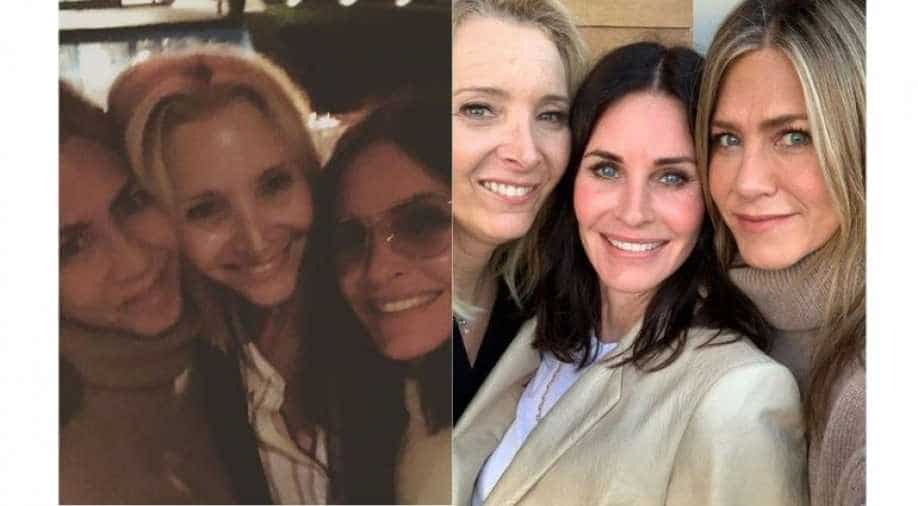 It has been 15 years since the popular American sitcom came to an end but the cast of the show are still close friends.

Just make a reunion episode already! For weeks stars of the popular show 'Friends' have been posting photos of their mini-reunions on social media which has just got the fans very excited about the possibility of a reunion on screen as well.

It has been 15 years since the popular American sitcom came to an end. It`s no secret that the cast of the show, especially the women, have remained super close even after the series concluded.

After celebrating Courteney Cox`s birthday, Jennifer Aniston, Lisa Kudrow, and Cox reunited for a girls night out in the city. Cox took to her Instagram account to share a picture of the girl gang."Trying to figure out what to say on Instagram....#gotnothing #friends #girlsnight," Cox captioned a goofy still of the trio.

Trying to figure out what to say on Instagram....#gotnothing #friends #girlsnight

Kudrow also treated fans with a happy selfie of herself with the pals, writing, "Halfway there... #girlsnight #?"The caption was probably hinting at a possible Friends reboot. After all, add in cast-mates Matt LeBlanc, Matthew Perry and David Schwimmer and we have a full-fledged reunion!

A few weeks earlier, Aniston had told Ellen Degeneres that she is open to bringing back the star-cast for a reunion."The girls would do it and the boys would do it, I`m sure. Listen, anything can happen," she admitted.

The actor later pivoted away from the idea of a reunion.On being asked why she announced the cast was game for a reunion, the Emmy winner confessed she "just got tired of saying no. So, I just thought, well, why not try this and see what happens."

Although, since the show ended its 10-year run in 2004, the star cast has certainly proven that they`ll be there for each other. Just last week, Aniston and Kudrow helped Cox ring in her 55th birthday. "How lucky am I to celebrate my birthday with these two. I love you girls. So much," Cox wrote on Instagram at that time.

The cast of the show have remained friends since the show ended its run in 2004, and the actors have occasionally been spotted together. The actors always find time to reunite, especially the women, fuelling rumours of a reunion or a possible reboot in the future every single time.

The American sitcom was touted as one of the most popular ones and is still the talk of the town among fans who are eagerly waiting to see their favorite stars back together.

Spanning across ten seasons, `Friends` ran from 1994 to 2004 and portrayed the story of six friends in their 20s and 30s who live in Manhattan, New York City. The show also starred Matthew Perry, Matt LeBlanc, and David Schwimmer.