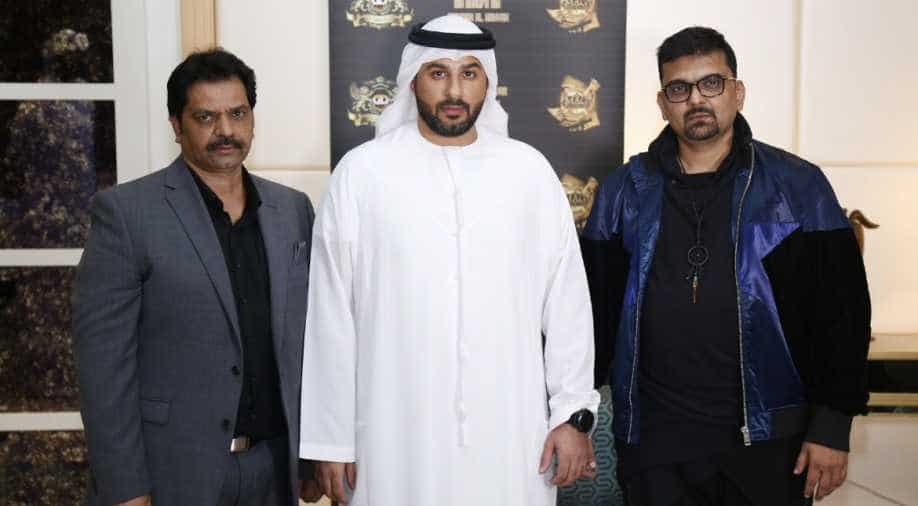 Indian producer Gaurang Doshi has now tied hands with the Royal Family of Abu Dhabi for a slate of three films.

Indian producer Gaurang Doshi has now tied hands with the Royal Family of Abu Dhabi for a slate of three films.

In an announcement made today, the three films will release in the coming year and the titles include ‘Aankhen Returns’ to be directed by Anees Bazmee, ‘Happy Anniversary’ by Neeraj Pathak and ‘Indians in Danger’ by Abbas Mastan.

Apart from these three films, the announcement mentions that the Royal Family will also give a green light to future projects with Gaurang.

On the alliance, the Sheikh of Abu Dhabi, Sheikh Theyab Bin Khalifa Bin Hamdan Al Nahyan said, "I have always enjoyed Bollywood films and so do the people of Abu Dhabi. With this collaboration with Gaurang, we want to make meaningful cinema that is entertaining and enriching. This is an important step in the relationship between the two countries."

Meanwhile, Gaurang Doshi said, “H. H. from the Royal Family is a true visionary and has a rare talent to identify what will create opportunities. He is a wonderful person and I hope we can create magic together.”

Director duo Abbas Mastaan who will be a part of the deal as they direct ‘Aankhen Returns’ said, “It's amazing to have Gaurang make his big comeback with his own production house, Gaurang Doshi Productions. We are very excited to be associated with him and look forward to making a fantastic film together. We are also thrilled to hear about his other upcoming projects and wish him the very best!”

Gaurang has proved his mettle with hit films like ‘Aankhen’, ‘Deewaar: Let’s Bring Our Heroes Home’ and others. He learned the art of filmmaking from his father late Vinod Doshi, who gave audiences, hits like ‘Saccha Jhootha’, ‘Naastik’, ‘Dil’, ‘Beta’ and many others under the banner of VR Pictures.