Indian-American rapper Raja Kumari to WION: One day I will bring a Grammy home 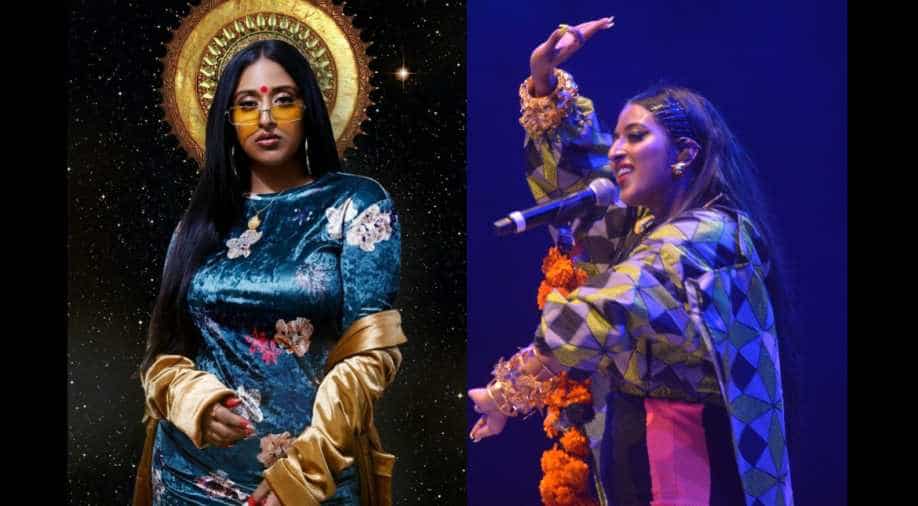 Grammy-nominated singer Raja Kumari had a busy year in Bollywood rapping for Shah Rukh Khan and Salman Khan's film's songs as she opened up on the vision behind her music, collaborations with international artists and what she writes about in her songs.

Indian Bollywood music has seen a major shift in the last couple of years as the widely popular forms in the US and UK, hip-hop and rap, have made inroads to Hindi film songs in what was majorly dominated by dance and techno-beats driven pop.

Increasing popularity for lyrical rap and hip-hop among the youngsters in India is now shaping taste for newer styles in Bollywood songs. Among scores of artists that are the face of this change, one international musician with Indian roots is working towards “mixing sounds of the East and West” while putting India on the world map in a genre that is now being explored in the country -- Svetha Yellapragada Rao, popularly known to fans by her stage name, Raja Kumari.

Born to Telugu parents, the 32-year-old Los Angeles-based singer-songwriter is an Indian-American musician who says being part of the global music industry is her “calling.” In an exclusive chat with WION at the recently held Serendipity Arts Festival in Goa, Raja Kumari opened up on the vision behind her music, collaborating with international and Indian artists, what she loves to write about in her songs and why rap in India is here to stay!

“It's coming from the gully….

It's coming from the city slums slums…”

Raja Kumari exploded with this song in the Indian music scene in which she collaborated with hip-hop’s trailblazer, Divine. The two, equally known for their fiery and hard-hitting lyrics, brought the gully (streets) life to those who cared to listen.

YOU WILL NEVER OWN ME ⚡️ @discountuniverse

On what she wants to tell the world through her lyrics, Raja jokingly said, “How to be a bad bi***!” and continued, “I just think it’s about celebrating yourself, being strong and unapologetic. My music is really just a collection of things that I love. I love my culture, music, costumes, jewellery -- it’s all part of it that comes together in my artistry.”

Raja Kumari literally means ‘Indian princess’. The rapper believes she was destined to be doing what she is at the moment even though she doesn’t come from a background in music. A Bachelor of Arts in religious studies with an emphasis on South Asian religions, Raja is also an Indian classical dancer. “I think all of this is a part of my calling. My ‘dharm’ is to be the best version of myself that I can be. It’s about bringing together all these disciplines and finding a way that people can understand it. Maybe some don’t want to study religious studies so I try to put those concepts into my songs so that maybe they’ll listen to those songs and get the same effect,” she said.

Raja recently worked in Shah Rukh Khan’s film ‘Zero’ for a song titled ‘Husn Parcham’ featuring Katrina Kaif. Ask her what she did in the song, and she was quick to say, “I’m rapping in it. You thought that was Katrina? That’s cute. No that was me!”

Raja also worked with Salman Khan in the same year, in ‘Race 3’ in which she sang the title track ‘Allah Duhai Hai’.

Apart from her recent work in Bollywood big-ticket films, she has also collaborated with international notable artists including Gwen Stefani, Iggy Azalea, Fifth Harmony, Knife Party, Fall Out Boy and others.

After working with so many international artists and having a fair share of experience in India with musicians here, Raja acknowledged that there is no real difference in those that create good music. She said, “I’m the luckiest as I have worked with the best. I mean I get to be on stage with A R Rahman and Divine -- like there’s no better; and, Kailash Kher. To make music with him is like, I really can’t complain. I think honestly, maybe I am ethnocentric, maybe I love my people the most but I feel like we’re the best.”

u know we do it for the people #DivineRoots #GullyGang

She added, “I’m glad that now is the time for us to be coming to the forefront, whether it’s just in music or in comedy, acting, writing or poetry. You name it and there’s an Indian there right now.”

On her future work, she said, “My album is coming out early next year. Its called ‘Bloodline’ and I’ve been really busy working on that. I have collaborations with incredible producers from America. These are guys that wrote songs for Beyonce, Britney Spears, Usher; so I’m excited to level up and work with even better producers. I hope that this album can represent us worldwide on the international stage.”

Raja has been nominated once for the prestigious Grammy award but she plans on winning one next time and said, “As a songwriter and as an artist, that’s always one of the big goals. I was nominated for a record that I wrote with Iggy Azalea, and it was actually the first song that I wrote for somebody. So that was an incredible experience. I feel it was God telling me to continue and to not give up because if the first one can be nominated for Grammy, one day I can bring the Grammy home for us.”

Ask her about the rap scene in India, and she excitedly answers, “Rap scene in India is growing. I’m really excited about it. When I first came in, I was lucky enough to work with the best in the game. I worked with Divine, to me there’s nobody better in India. Just to see how he’s inspired so many artists and just to see so many people come up now. I think the future of hip-hop in India is really bright.”