In pictures: Sonam Kapoor and family are bringing in Diwali in London 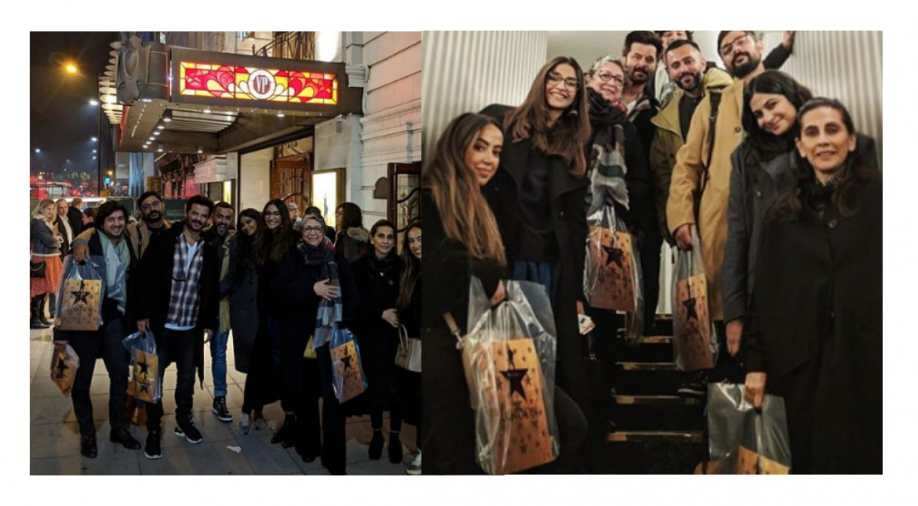 If you follow Bollywood celebs closely, it must have struck you by now that Sonam Kapoor, who is known for her fashion statement, has been missing on every Diwali party held by her colleagues in Mumbai. Well, the reason for that is not any animosity (as you must have thought) but because she is celebrating Diwali with her family in London.

Sonam’s sister Rhea Kapoor shared a few photos of her trip on Instagram as her fam posed for happy pictures. The photo includes papa Anil Kapoor and mother Sunita, sister Sonam and her husband Anand Ahuja along with others.

In one photo, it is clear that they all went to watch the musical Hamilton as she captioned her photo collage as: “The plan is to fan this spark into a flame”, a quote from the worldwide phenomenon musical, with music, lyrics and book by Lin-Manuel Miranda.

“The plan is to fan this spark into a flame.” —Hamilton

London seems to have a sweet spot for Sonam and company as they were seen vacationing a few months back after the success of Sonam and Rhea’s film ‘Veere Di Wedding’. They were then seen with Kareena Kapoor and her husband Saif Ali Khan.

On the professional front, Sonam will be seen with father Anil and Rajkummar Rao in the film ‘Ek Ladki Ko Dekha Toh Aisa Laga’. It is slated for a February 1 release.