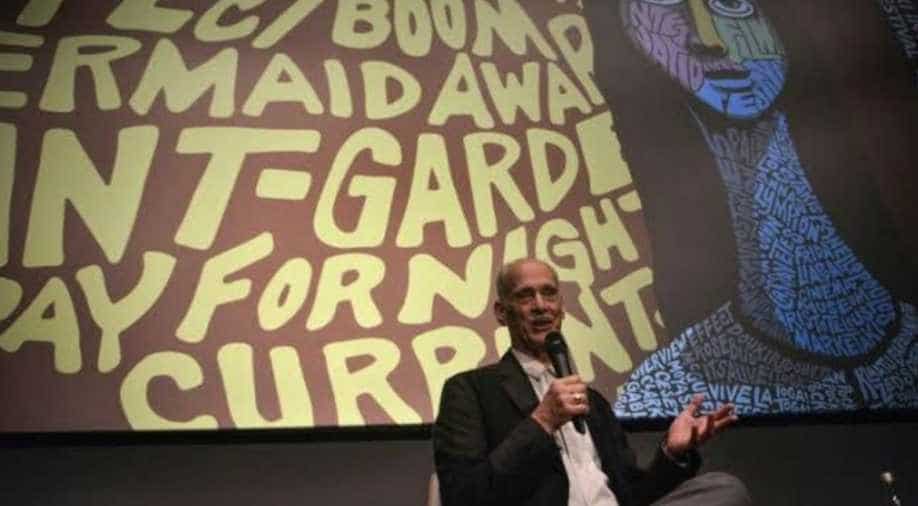 From a homemade horror stage in his garage, Waters went on to tear down barriers with transgressive fare such as 'Eat Your Makeup', 'Mondo Trasho', 'Multiple Maniacs' and the scatological classic 'Pink Flamingos' in the late 1960s and early 1970s.

Big smile flashing and pencil-thin moustache quivering, subversive director John Waters laughs heartily as he looks back at an improbable 40-year career that made him a trash film icon.

"Humour saved me, saved my life," the 73-year-old sharp-dresser told AFP on the sidelines of the Thessaloniki Film Festival, where he was a guest of honour earlier this month.

From a homemade horror stage in his garage, Waters went on to tear down barriers with transgressive fare such as 'Eat Your Makeup', 'Mondo Trasho', 'Multiple Maniacs' and the scatological classic 'Pink Flamingos' in the late 1960s and early 1970s.

These films also introduced his childhood friend and muse Glenn Milstead, aka Divine, as one of the world's first drag divas.

In the 1980s and 1990s, he became known to a wider audience with sixties musical hommage 'Hairspray'. He also gave a young Johnny Depp an early break as a juvenile delinquent in 'Cry Baby', and cast Kathleen Turner as a psychopathic killer in 'Serial Mom'.

Looking back to that phase of his career, Waters has mixed feelings.

"I became respectable... Suddenly the worst thing that can happen to a creative person has happened to me," the bad taste savant writes in his latest memoir, 'Mr. Know-It-All: The Tarnished Wisdom of a Filth Elder'.

Born into a middle-class Baltimore family, Waters was pretty clear about what he wanted to do from early on.

A self-styled "disrespectful" child, Waters ran a horror house for neighbourhood kids in his garage.

"I remember when I was young. I never fit in right. I accepted that early. There was a world out there that I could find," he said.

In school, he found that exaggerated behaviour help shield him from bullies.

"I was so disrespectful with the teachers that the guys that would beat me up had a little respect for me, they annoyed me but they thought I was crazy so they left me alone pretty much."

"They didn't know what's the matter with me, they thought I was worse than gay."

His family was "absolutely horrified" by his movies but his father got the worst of it, Waters recalls.

"My father was named John Waters too, I was a junior so all these years I was getting arrested he would have his name on the headlines, he would get my obscene phone calls, I was unlisted," he says.

Like a good father, Waters Sr bankrolled his son's early films -- but even that ended up blindsiding him.

"I paid him back with interest and he was so shocked to have his money back. He was the only investor that wished I hadn't paid him back," beams Waters.

Like Woody Allen and New York, Waters makes a point of including his home city in his movies -- and he even enjoyed the backing of the local brass.

"Baltimore was a character in my movies," he says.

"I still live there. I grew up there. My oldest friends were there, my family was there...and the politicians, even when I made the most insane movies, they said keep making them."

Recently labelled a "national treasure" by the New York Times Book Review, Waters was a jury member at Cannes and proudly shows off his Order of Arts and Letters medal which he received from the French state in May.

"He's been doing films independently for many many years and even when he did Hollywood films he never lost his own touch and his independent spirit," said Thessaloniki Film Festival programmer Yorgos Krassakopoulos, who calls Waters "one of the funniest guys around."

A man of few -- if any -- taboos, Waters believes it's important to make people laugh, even on tough issues such as race and migration.

"You can make them change opinions. To me, they listen more, if you get somebody to laugh that disarms them for a moment," he says.

And he insists he only makes fun about things he "truly" loves and "never tried just being gross."

On the afterlife, Waters is unsure about the existence of God -- "I haven't heard about him or her yet," he notes -- but he's pretty sure on one thing: "I don't think I'll go to hell."

There's one thing however he'd definitely like to see before his time comes.