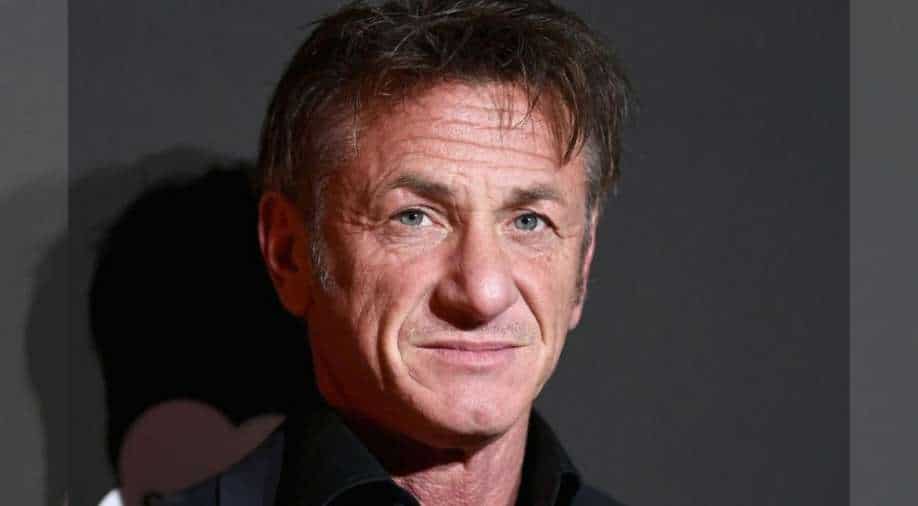 Sean Penn was photographed attending a government press conference in Kyiv, and could be seen meeting with Volodymyr Zelensky in a video posted to the Ukrainian president's official Instagram account.

US actor and director Sean Penn is in Kyiv making a documentary about Russia's invasion, the Ukrainian president's office said Thursday.

The double Oscar-winner was photographed attending a government press conference in Kyiv, and could be seen meeting with Volodymyr Zelensky in a video posted to the Ukrainian president's official Instagram account.

"The director came to Kyiv specifically to record all the events taking place in Ukraine and as a documentary filmmaker to tell the world the truth about Russia's invasion of our country," said a post in Ukrainian on the presidential office's Facebook page.

"Today, Sean Penn is among those who support Ukraine while being in Ukraine. Our country is grateful to him for such a display of courage and honesty."

The post added that "Penn demonstrates the kind of courage that many others, including Western politicians, lack."

Penn, who previously visited Ukraine and met with military staff in November, spoke with journalists and soldiers and "saw how we defend our country," the president's office said.

The 61-year-old star of "Milk" and "Mystic River" is making a documentary for Vice Studios, according to NBC News.

Neither Vice nor Penn's representatives immediately responded to AFP's requests for comment.

His latest visit comes as invading Russian forces pressed deep into Ukraine, with battles raging on the outskirts of Kyiv, and missiles and shells raining down on multiple Ukrainian cities.

Penn has previously attracted controversy as a result of his foray into politics and current affairs, especially after he and Mexican-American actress Kate del Castillo interviewed Mexican drug lord Joaquin "El Chapo" Guzman while he was on the run.

In 2018, Penn was reported to be in Turkey making an as-yet-unreleased documentary about the murder of Saudi journalist Jamal Khashoggi in the kingdom's consulate.