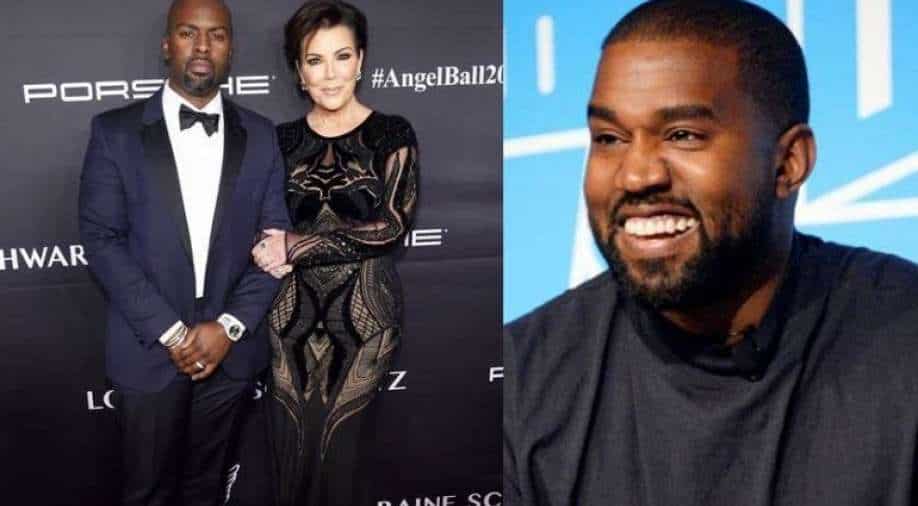 Kanye West has a new target now! After much social drama with his ex-wife Kim Kardashian and her new love Pete Davidson, West is now talking about Kim's mother Kris Jenner and her longtime beau Corey Gamble.

The rapper, who now goes by “Ye,” took to his Instagram account and called Kris Jenner “a hero,'' meanwhile, he called out her boyfriend Corey and called him ''godless'' and alleged that he once removed Corey from his daughter’s birthday party.

Sharing a photo of Corey on his Instagram account, he wrote, ''God has a plan to remove the Godless Corey needed to never be here anyway, and I think he’s a nice person Not a great person A nice person who used to be around Puff’s family then got around Justin Bieber and then when Kris got divorced he slid in He became the tv version of a father figure and as he always called hisself “a REAL nigga” He once told my wife he knew what music she should be listening to So when I seen him a week later I had him removed from my daughters birthday party''

He wrote further, ''He got my wife linked with the liberals in a deep way That was his Job For some reason I always felt he worked for DuPont or some organization in that pedigree.''

Apparently, West post has sparked rumours that Kris may have split from her longtime boyfriend.

Despite his troubled relationship with Kris, Kanye has no complaints with her. By calling her a hero, he added, ''It’s on purpose I love Kris This woman is a hero and she’s done what she’s had to do to protect her family and make sure they prosper even if it meant telling everyone not to listen to me I respect her grind her hustle and her mind Kris is one of the best to ever do it.''

Earlier, before the end of his marriage, Kanye infamously attacked his mother-in-law as 'Kris Jong Un'.

A few hours later Kanye also shared a screengrab of texts apparently from Rodney Jerkins. In the chat, Jerkins alleged that Corey once ''Stole all my MPC zips to give to some lil producer dude he was managing back in the day! I'm glad Kris woke up! God is removing the evil blockers to bring restoration.''

Currently, Kim and Kanye's divorce has been scheduled for March 22. The 'Keeping Up With the Kardashians' star, who is dating Pete Davidson, filed for divorce from West in February 2021. They share four children: daughters North, 8, and Chicago, 4, and sons Saint, 6, and Psalm, 2.