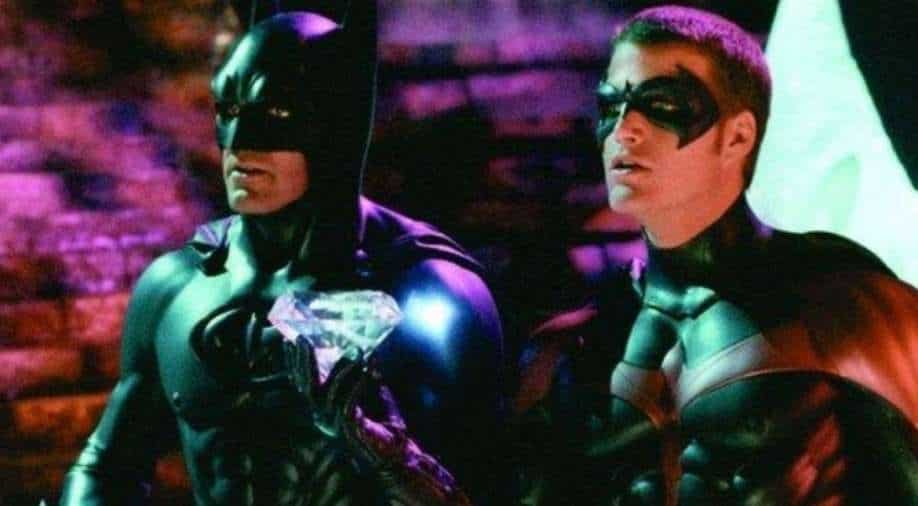 George Clooney admitted pretty much everyone involved was to blame for the film, 'Batman & Robin'.

George Clooney is still not over his dud film ‘Batman & Robin’ that released in 1997.

In a latest interview, George revealed how he feels about “stinker” ‘Batman & Robin’ and how it “physically” pains him to watch the Warner Bros. film.

In the past, he Oscar-winning actor has made it no secret that he feels the film is weak. He even revealed in his latest interview that he was paid $1 million salary while Arnold Schwarzenegger, who played Mr. Freeze, was given $25 million.

George Clooney on ‘Batman & Robin’: "I couldn't have done that one differently. It's a big machine, that thing. You have to remember at that point, I was just an actor getting an acting job. I wasn't the guy who could greenlight a movie."

Would you watch 'Keeping Up With The Clooneys'? George Clooney thinks it's a good idea

George Clooney also revealed that while he and Arnold Schwarzenegger share screen time, they did not work together on the production. "We never even saw each other. It's a big, monster machine, and I just sort of jumped in and did what they said,” he said.

Clooney admitted pretty much everyone involved was to blame for the film. "The truth of the matter is, I was bad in it. Akiva Goldsman — who's won the Oscar for writing since then — he wrote the screenplay. And it's a terrible screenplay, he'll tell you. I'm terrible in it, I'll tell you. Joel Schumacher, who just passed away, directed it, and he'd say, 'Yeah, it didn't work.' We all whiffed on that one."

George Clooney 'understands' why Tom Cruise yelled: He's not wrong at all