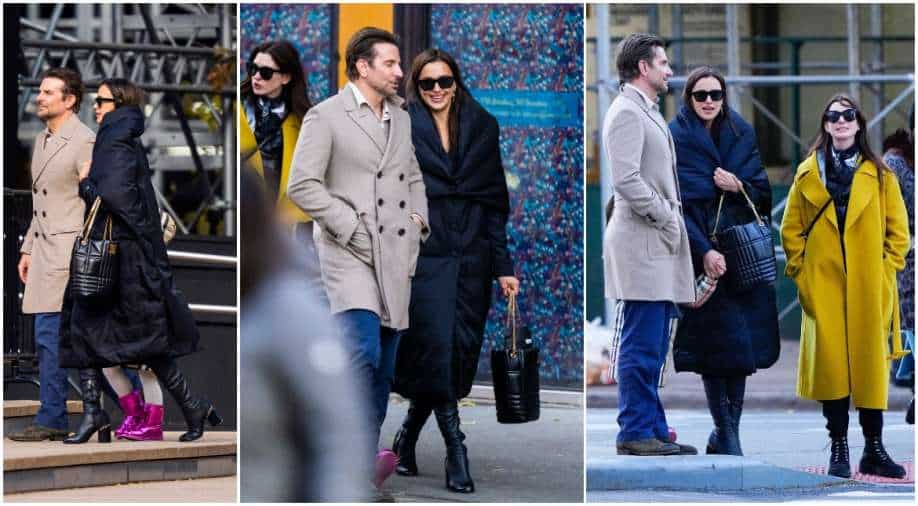 Bradley Cooper and Irina Shayk are all smiles as they step out in NYC Photograph:( Instagram )

On Thursday, Irina Shayk was reportedly seen leaving her New York apartment and going to Bradley Cooper’s place where the actor was spending the holiday with their 4-year-old daughter, Lea.

Bradley Cooper and Irina Shayk sure know how to keep things civil and cordial even after separation.

As per reports, the former couple spent this year's Thanksgiving weekend together amid strong rumours that they might actually be rekindling their romance.

On Thursday, Shayk was reportedly seen leaving her New York apartment and going to Cooper’s place where the actor was spending the holiday with their 4-year-old daughter, Lea.

However, the supermodel did not spend the night at his place and was seen returning to Cooper's apartment to pick their daughter up the next day.

On Saturday, the trio was again spotted spending quality time together, enjoying 'The Nutcracker'.
A source was quoted by an entertainment website as saying that Cooper had arrived at Shayk’s home to pick up her up and their daughter in his G-Wagon and take them to the ballet. After that, they met with Hollywood actor Anne Hathaway and her husband, Adam Schulman, along with one of their sons.

Another source told a global daily on Monday, “They are a very close family. But they are not officially back together.”

“They’re really good parents,” one of the sources was quoted as saying. “They pick their daughter up for school every day. They are very involved.”

“I never understood the term co-parenting. When I’m with my daughter, I’m 100 percent a mother, and when she’s with her dad, he’s 100 percent her dad. Co-parenting is parenting," Shayk was quoted as saying when asked about her idea of co-parenting.

Irina Shayk and Bradley Cooper broke up in June of 2019 after four years of dating. Lea is their only child.