Popstar Sia to collaborate with BTS for a single in their new album 'Map Of The Soul: 7' 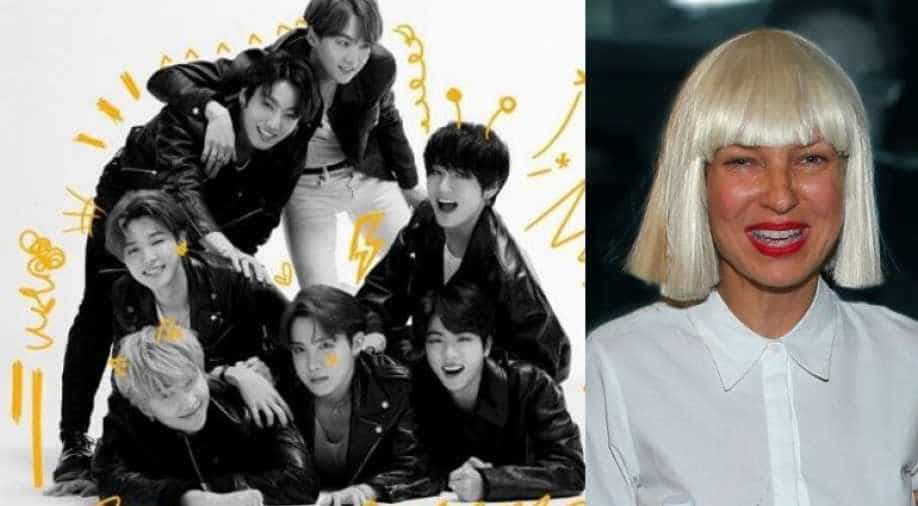 For those who are eagerly waiting for K Pop band BTS' new album 'Map of the Soul: 7', there is some good news. The popular band is collaborating with pop star Sia for one of the singles in the album.

The South Korean group’s management company, Big Hit Entertainment, tweeted out the titles of the 20 songs that will be part of the collection on Sunday.

The list includes a digital-release only edition of the lead single “ON” featuring Sia, as well as the Troye Sivan-penned “Louder Than Bombs."

Very happy to have co-written Louder Than Bombs on @BTS_twt’S album! 🤗 thanks for having me boyyssssss pic.twitter.com/IG1halBs9p

The album 'Map Of The Soul: 7' represents the seven members of the band and the years since the band was created.

The album is highly anticipated considering it comes out five months after the group announced that they would be taking an “extended period of rest and relaxation." It was the band's first break since their 2013 debut.

The K-Pop band performed 'Black Swan' for the first time live on 'The Late Late Show' in late January, and they were also seen performing to 'Old Town Road' at the Grammys.