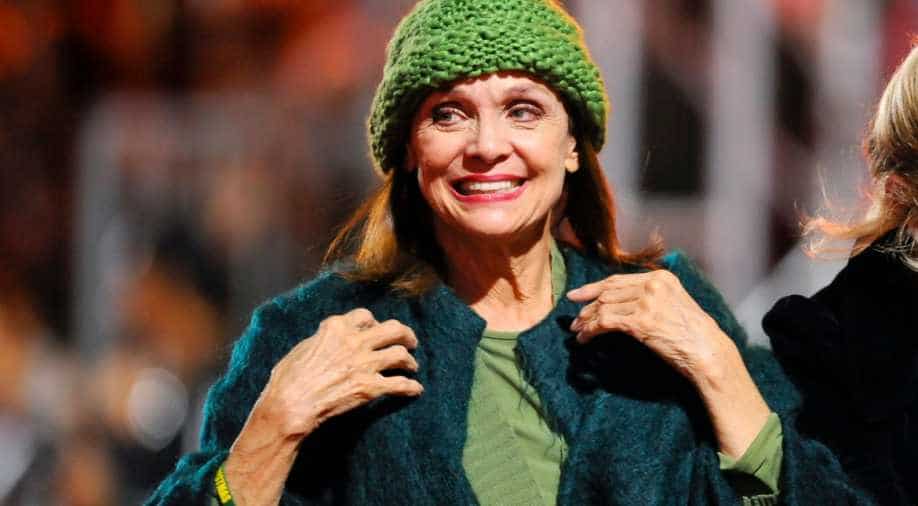 Her spouse, Tony Cacciotti, pledged in a message posted to Harper's official Facebook account on Tuesday to "do my very best in making Val as comfortable as possible."

Six years after going public with her brain cancer diagnosis, 'Rhoda' sitcom star Valerie Harper's health apparently has taken a turn for the worse, as her husband acknowledged that doctors have advised that she be placed in hospice care.

Her spouse, Tony Cacciotti, pledged in a message posted to Harper's official Facebook account on Tuesday to "do my very best in making Val as comfortable as possible."

"For those of you who have been in this position, you will totally understand that 'it's hard letting go.' So as long as I'm able and capable, I'll be where I belong right beside her," he wrote.

In his post, Cacciotti acknowledged facing a difficult choice in caring for Harper, who disclosed in 2013 that she was diagnosed with an incurable form of brain cancer and was given as little as three months to live. Nevertheless, she continued to work on TV and on stage.

"I have been told by doctors to put Val in Hospice care and I can't (because of our 40 years of a shared commitment to each other) and I won't because of the amazing good deeds she has graced us with while she's been here on earth," her husband wrote on Facebook.

Harper and Cacciotti, himself a producer and actor, married in 1987 and have a daughter together. They are both 79.

Harper won four Emmy Awards and is best known for her 1970s television character Rhoda Morgenstern, the budding feminist who battled her insecurities with self-deprecating humour and sarcasm on 'The Mary Tyler Moore Show' and her own spinoff sitcom, 'Rhoda.'

Harper, who once described Rhoda as a "victorious loser," also earned a Tony nomination for her portrait of Broadway legend Tallulah Bankhead in the play 'Looped.'

In response to inquiries from fans about her health, a family friend and assistant identified on Harper's Facebook page as Deanna, posted earlier this month that the performer was "currently taking a multitude of medications and chemotherapy drugs as well as going through extreme physical and painful challenges around the clock."

She said then that a GoFundMe account had been established to help support the cost of ongoing medical care.