Celebrities back call for climate action in Extinction Rebellion video 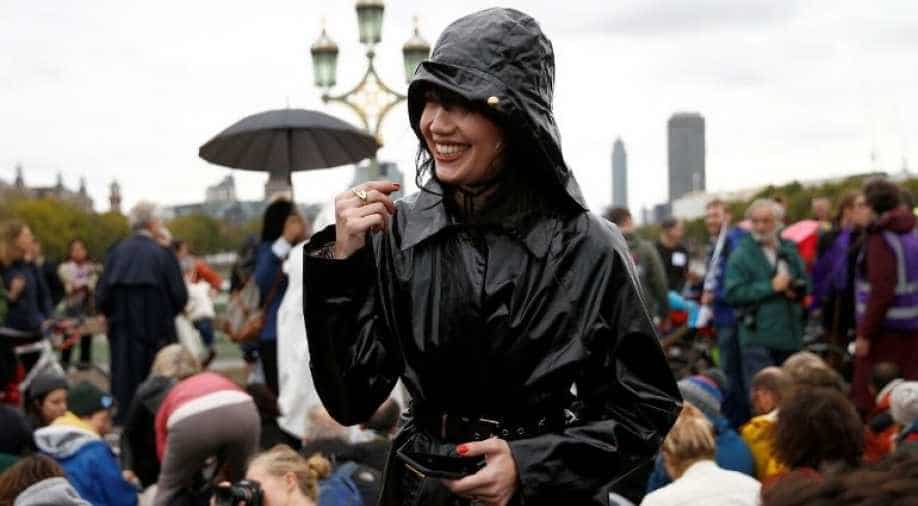 Extinction Rebellion launched in London a year ago, inspiring waves of colourful, disruptive actions around the world to call for rapid cuts in carbon emissions and the repair of collapsing ecosystems.

Singer Ellie Goulding, actor Imelda Staunton, and model Daisy Lowe were among celebrities demanding that the governments act on climate change in a video campaign launched by Extinction Rebellion on Sunday ahead of Britain's December 12 general election.

Extinction Rebellion launched in London a year ago, inspiring waves of colourful, disruptive actions around the world to call for rapid cuts in carbon emissions and the repair of collapsing ecosystems. Thousands of people have been arrested during protests.

The group's emphasis on the role that culture can play in shaping attitudes towards the twin climate and ecological crises has drawn support from a range of leading names from the worlds of music, fashion, art, and film.

The new video was created in a collaboration between film-maker Richard Curtis and Rankin, a creative agency headed by the British photographer of the same name. It features people aged 8 to 80 demanding a halt to the destruction of forests and oceans and the loss of plant, insect and animal species.

"So if the drivers of change are asleep at the wheel, it's time to shake and wake them with one hand and to empower ourselves to make our own differences with the other," Packham said.

Among the best-known actors to feature in the film is Jim Carter. He played Mr. Carson the butler in 'Downton Abbey', a film and television series that won numerous awards for its portrayal of British aristocratic life in the early 20th century.

"This film must reach governments and ring the alarm bell to act now on the climate crisis we are all living in," Winstone said. "We must all ask of them #WhereIsYourPlan."