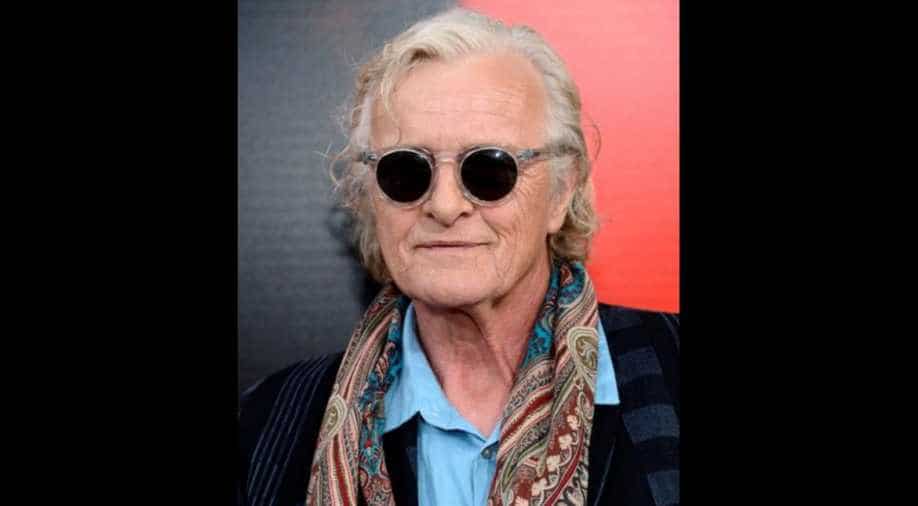 The actor also appeared in films such as 'Sin City' and 'Batman Begins'.

Dutch actor Rutger Hauer, who starred in the 1982 film 'Blade Runner', has passed away at the age of 75.

The actor died last week at his home in the Netherlands following a short illness.

Hauer`s agent, Steve Kenis, confirmed the news and told Variety that his funeral was held on Wednesday (local time).

Hauer portrayed the murderous yet soulful Roy Batty in Ridley Scott`s sci-fi film 'Blade Runner' in 1982 opposite Harrison Ford. His role in the movie was widely appreciated.

The actor also appeared in films such as 'Sin City' and 'Batman Begins'.

Hauer made his first stint in the Netherlands as the star of Paul Verhoeven`s medieval TV series 'Floris.'

Filmmaker Guillermo del Toro took to Twitter to remember some of Hauer`s great works including `The Hitcher`, and `Blade Runner`. "RIP the great Rutger Hauer: an intense, deep, genuine and magnetic actor that brought truth, power and beauty to his films," he wrote.

His co-actor Gene Simmons, who worked with the late actor on 'Wanted Dead or Alive,' tweeted, "Sad to hear Rutger Hauer has passed away. He was always a gentleman, kind and compassionate."

Sad to hear Rutger Hauer has passed away. He was always a gentleman, kind and compassionate. Sending our condolences and prayers to his family, friends and fans. pic.twitter.com/wFtZJs9Ui5