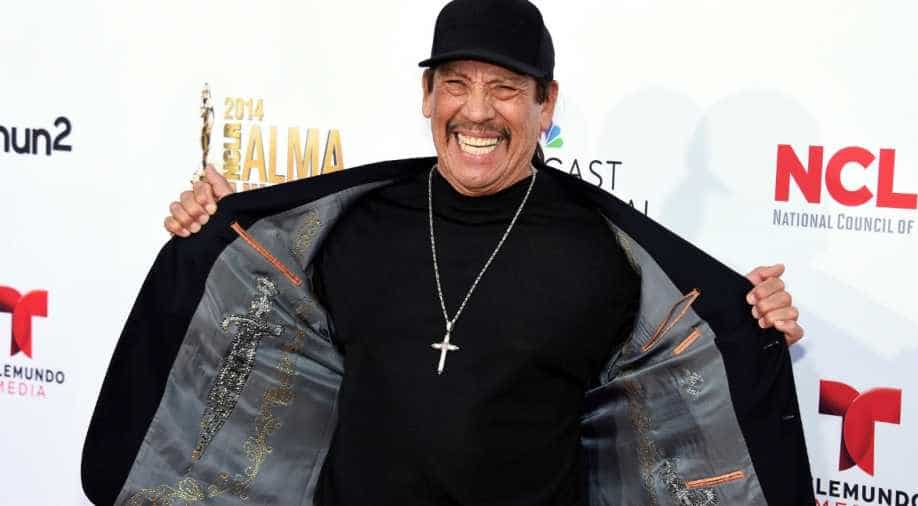 Trejo, 75, told television station KABC-TV he was on his way to an auto mechanic in LA's Sylmar neighbourhood when he saw a motorist run a red light and crash into another car, which flipped over onto its roof in the intersection.

Hollywood actor Danny Trejo, known for his tough-guy roles in such films as "Machete," helped rescue a young boy who was trapped in a car that overturned in a Los Angeles traffic collision on Wednesday.

Trejo, 75, told television station KABC-TV he was on his way to an auto mechanic in LA's Sylmar neighbourhood when he saw a motorist run a red light and crash into another car, which flipped over onto its roof in the intersection.

The boy, strapped into his car seat in the back of the car, and his grandmother, who had been driving, were both trapped in the overturned, partially crushed vehicle.

Trejo and another bystander - a woman who identified herself as Monica Jackson - teamed up to free the child before emergency personnel arrived on the scene, they said. Jackson crawled in on one side of the wreck to unbuckle the boy from his car seat, and Trejo pulled the child out from the other side.

The actor said he had to calm the boy down before he was able to free the child.

"He was panicked, and I said, 'OK, we have to use our superpowers,' and so he screamed, 'Superpowers!' and we started yelling, 'Superpowers,'" Trejo recounted. "We got kind of, like, a bond, I guess."

Trejo stayed with the boy after he was freed until his grandmother was pulled to safety by rescue workers.

KABC-TV reported that nobody was seriously injured, although three people, including the grandmother and young boy, were taken to a hospital for medical evaluation.

A city fire department spokeswoman confirmed that two cars collided at the intersection in question, that one overturned, and that three people were transported from the scene, but was unable to furnish further details.

Trejo overcame a troubled youth in which he served time in prison before breaking into film and television, going on to become a prolific actor who usually played bad guys and heavies, roles for which his heavily lined, scarred facial features made him all the more convincing.

In addition to credits in such films as "Heat," "Con Air" and "Desperado," he is perhaps most recognized as the character Machete in the "Spy Kids" movies and later in his own "Machete" action film and its sequel, "Machete Kills."

Prince Harry is reportedly heartbroken amid royal rift, but is happy in the new life