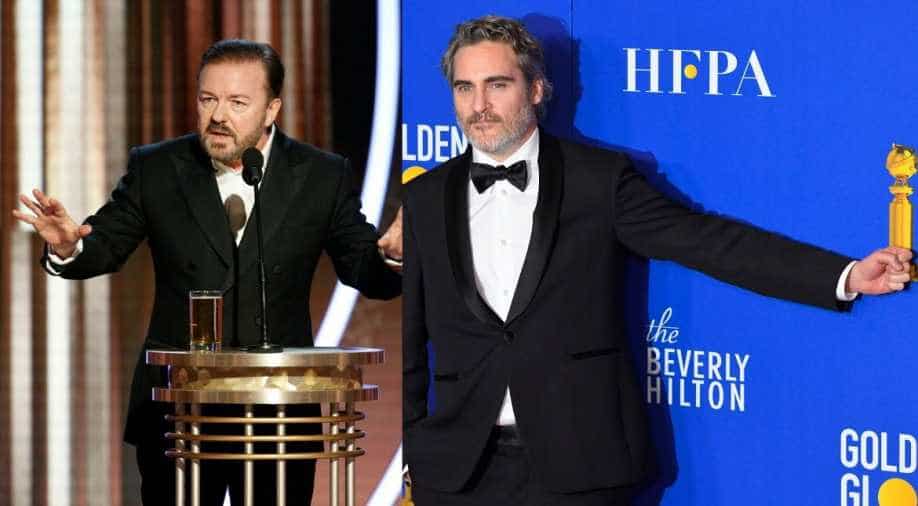 Celebs including the ones who won Golden Globes and those who presented them spoke on Australia bush fires, climate crisis and possible war with Iran.

From voicing concerns over #MeToo and Time’s Up movement to gender pay parity and their viewpoints on the current US administration, Golden Globes has always served as a platform for political dialogues and more. Like previous years, this time too, politics took center stage at the 77th Golden Globes starting from the host Ricky Gervais who between his hosting time made comments on Harvey Weinstein to Martin Scorsese. Check out the full winners list here.

Celebs including the ones who won awards and those who presented them spoke on Australia bush fires, climate crisis and possible war with Iran. Also read how Priyanka Chopra owned the red carpet.

One of the first to speak on the catastrophe that Australia is facing was Joaquin Phoenix who picked up the Best Actor Golden Globe for his role in ‘Joker’ as he laid emphasis on a call for action about climate change. In fact, almost all celebs who came up on the stage spoke of the climate crisis and showed solidarity with people suffering from the fires.

Host Ricky Gervais also made it a little political even after he urged coolly that people should avoid discussing politics in his opening monologue. He spoke of Harvey Weinstein and his sex scandals. Nevertheless, one of the first winners of the night, Russell Crowe who was unable to attend because he was in Australia fighting the fires had a message for everyone that Jennifer Aniston read out -- on the fires.

Patricia Arquette, winner for Hulu's ‘The Act’ used her speech to talk about the march towards war with Iran and urged people to vote in 2020 to provide a better world for their children. Michelle Williams spoke about her support of choice regarding reproductive rights.

Sacha Baron Cohen took a dig at Facebook, not the first time of course as previously, he has called the social media platform and the likes "the greatest propaganda machine in history."