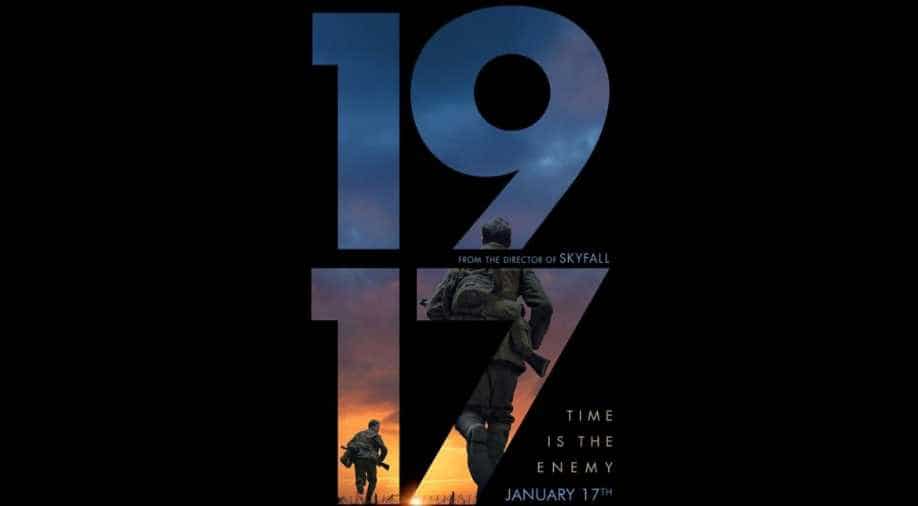 `Time is the enemy` read the poster of the film.

Days after the release date of Sam Mendes` much-awaited film `1917` was announced, the first look poster of the war drama was dropped on Wednesday.

The poster was set in the war theme showcasing two armed men walking towards barbed wires with the Sun setting in the background.

`Time is the enemy` read the poster of the film.

Film critic and trade analyst Taran Adarsh shared the first look poster of the film on his Twitter account.

The film is an account of two young British soldiers at World War I during the spring of 1917 followed by different incidents.