Jadhav's knock one of the best: Virat Kohli 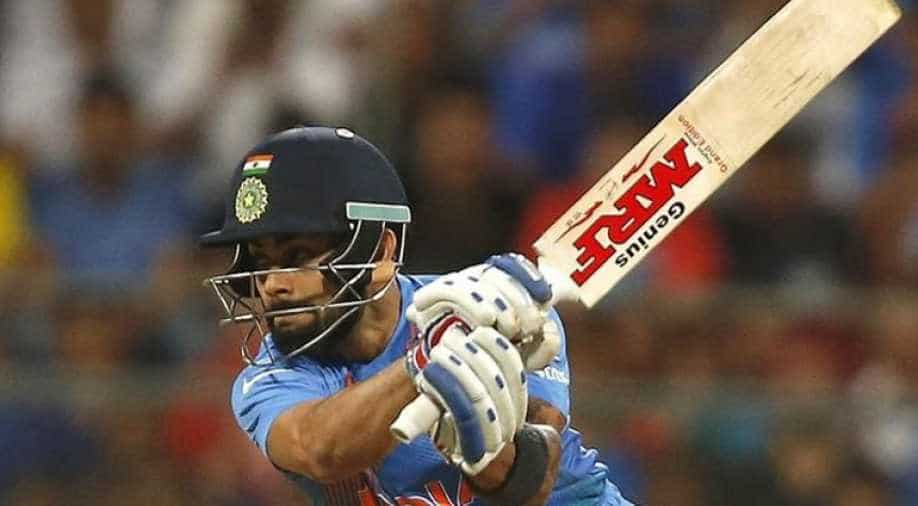 Kohli and Jadhav rattled up a sensational 200-run partnership for the fifth wicket to set up India's victory in the Pune ODI Photograph:( Reuters )

Indian captain Virat Kohli has heaped praise on his young teammate Kedar Jadhav for his "outstanding" knock of 76-ball 120 in the first ODI against England, describing it as one of the best calculative innings he had seen.

Kohli (122 off 105 balls) and Jadhav, whose 120 was his career-best, smashed superlative hundreds to help India chase down the stiff target of 351 for a three-wicket win in the first of the three-match ODI series.

"One word for it is outstanding. Jadhav put a lot of pressure on the spinners. It was one of the best calculative innings I have seen, 150 strike rate was outstanding. Some of the shots he played, he told me it was instinctive. I could not believe it," Kohli said.

Kohli and Jadhav rattled up a sensational 200-run partnership for the fifth wicket to set up the platform for the win. Jadhav struck 12 fours and four sixes in his aggressive innings of over 150 strike rate.

"Just to have another guy who is willing to do from any situation, to keep pushing, knew how exactly to bat on this pitch which was even better to bat on in the second innings. His shots were all clean, not slogs, and that's way to bat at number 6. I was glad to be there with him," gushed Kohli.

Kohli, for whom it was his first day in office as India captain in all three formats of the game, said Jadhav was disheartened that he could not get the team past the victory line against New Zealand in the previous ODI series. "He was disheartened versus New Zealand that he could not get the team across the line. I told him there was no point thinking what you could have done and told him to keep pushing hard," said Kohli.

Asked how he and Jadhav tackled what looked like a hopeless situation with four top batsmen back in the hut for a mere 63 runs in the 12th over, Kohli said they decided to counter-punch their way.

"We spoke about how to tackle that situation and decided the best way was to counter-attack. No wickets had been lost to good balls, we committed errors and the wicket was better to bat in the second innings. The ball travels very very far. We could hit sixes to put pressure on the opposition. It's one of the best partnerships I have been part of. We have chased 350 before but not from 63/4," said the captain.

"We believed in the Test series we could win from any situation. This was the same," he added.