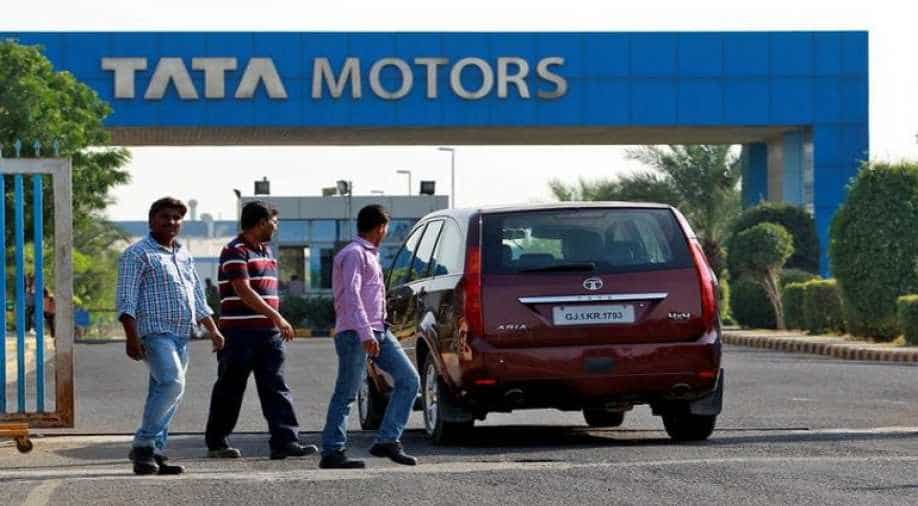 Jaguar Land Rover (JLR), which has been driving Tata Motors' profits for several years, expects sales in the UK and United States to soften because of competition but is confident of growth in China, JLR CEO Ralf Speth told reporters in Mumbai. Photograph:( Reuters )

India's Tata Motors reported a sharp rise in second-quarter profits on Thursday, helped by higher sales of its Jaguar and Land Rover cars, but warned of challenges ahead for its flagship British subsidiary.

Jaguar Land Rover (JLR), which has been driving Tata Motors' profits for several years, expects sales in the UK and United States to soften because of competition but is confident of growth in China, JLR CEO Ralf Speth told reporters in Mumbai.

"We know that overall the economies are stronger around the world but it's also clear that we see, one or the other, weakness from a political side, from an economy side. Think about Brexit, think about the U.S. at the current moment," Speth said.

JLR plans to launch several new products next year including the Jaguar XF Sportbrake sport-utility vehicle (SUV), the E-Pace, a compact SUV, and the I-Pace, its first electric sports car, Speth said after the company announced a three-fold rise in profit.

Analysts on average had expected a net profit of 14.99 billion rupees, according to Thomson Reuters data.

Pre-tax profit at JLR rose 38 percent to 385 million pounds ($505 million) and its margin on earnings before interest, tax, depreciation and amortisation (EBITDA) rose to 11.8 percent from 10.9 percent a year ago.

Retail sales of its Jaguar saloons and Land Rover sport-utility vehicles were up 5 percent on the same quarter last year, as an increase in sales in China helped offset lower UK sales.

JLR, Britain's biggest carmaker, has said it is already feeling the first effects of Brexit, with EU citizens from outside the UK demanding more secure employment contracts and international suppliers less willing to commit to investing in the country.

While JLR will spend between 4 and 4.5 billion pounds on capital expenditure this year, going forward it will expand its product portfolio in a very controlled manner to ensure sustainable, profitable growth, Speth said.

Second-quarter losses at Tata Motors' domestic business narrowed to 2.95 billion rupees from 6.31 billion rupees a year ago, helped by a 30 percent jump in revenues.