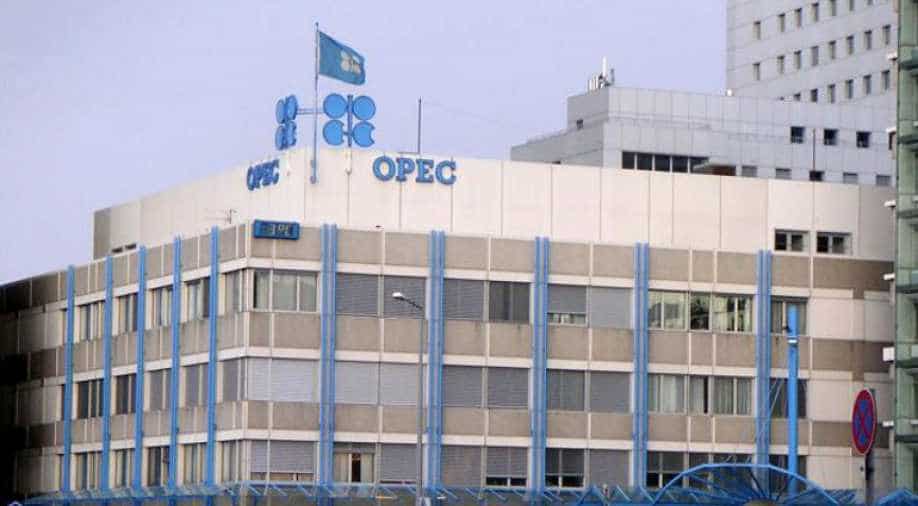 As soon as the deal was announced, bent crude saw an uptick of over 8 per cent trading at 50.12 Dollars per barrel. (Image source: Wikimedia Commons) Photograph:( Others )

The oil cartel OPEC has agreed to its first production cut in eight years.

There has been a conspicuous oversupply globally and the shale production in the US is booming. There is also a possibility of the US shale producers to increase output and fill in gaps in supply.

Oil prices surged post the announcement and beat trading volume records. Most experts feel the trend would remain modest by historical comparison as other producers will fill the gap unless decided otherwise in the next OPEC meeting.

As soon as the deal was announced, Brent crude saw an uptick of over 8 per cent trading at 50.12 dollars per barrel.

Russia, which is the non-OPEC member, will be reducing oil production by 300,000 per barrel per day. Iran has been exempted from this understanding.

All the OPEC member nations, 14 of them to be precise, will meet the non-OPEC producers on December 9th to assess how much each country will produce.

A wire report mentioned that Algeria, Venezuela and Kuwait have agreed to monitor compliance of the OPEC agreement.

According to analysts, Saudi Arabia's stagnating economy will stand to benefit from cuts and price hikes that follow.

The production cut is estimated to erase close to one per cent of oil output globally.

The pressure for the OPEC came in as globally there was an oversupply for over a decade that brought down the prices.

India stands to be negatively impacted on the back of this agreement. India is the fourth largest importer of crude oil as it imports 85 per cent of total oil and 95 per cent of gas from the OPEC nations.

The lower price of oil in the past immensely benefitted the Indian economy and helped patrol inflation. On the back of this deal, the fiscal deficit target and inflation will go through a cascading effect and stand to be impacted.