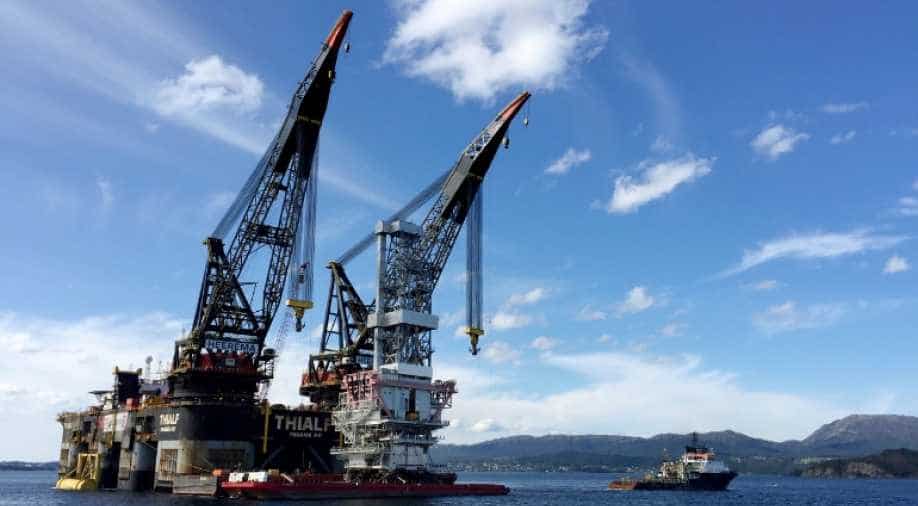 Oil prices were largely steady on Monday after falling 2 per cent in the previous session but remained under pressure amid weaker growth in major economies and concerns about oversupply.

Persistent growth in US shale output continues to weigh on oil prices, while some analysts doubted that planned supply cuts led by the Organization of the Petroleum Exporting Countries would be enough to rebalance markets.

"I don't believe OPEC cuts will work this time around with Qatar going out and Iran refusing to cut, while there's a big question mark when Russia will go to its agreed level," said Sukrit Vijayakar, director of oil consultancy Trifecta.

"Meanwhile, US production will go on increasing. So the whole load will effectively be on Saudi Arabia, who is under severe pressure from Trump anyway."

OPEC and its Russia-led allies have agreed to curb output from January, in a move to be reviewed at a meeting in April. Saudi Arabia is OPEC's de facto leader.

Meanwhile, increasing concerns about weakening growth in major markets such as China and Europe also dampened the mood in oil and other asset classes.

Chinese oil refinery throughput in November fell from October, suggesting an easing in oil demand, while the country's industrial output rose the least in nearly three years as the economy continued to lose momentum.

French business activity plunged unexpectedly into contraction this month, retreating at the fastest pace in over four years, while Germany's private sector expansion slowed to a four-year low in December.

But oil prices were supported after General Electric Co's Baker Hughes energy services firm said on Friday that US drillers cut four oil rigs in the week to December 14, pulling the total count to the lowest since mid-October at 873.

However, the current US rig count, which serves as an early indicator of future output, is higher than a year ago when 747 rigs were active.

"The potential for a significant movement in the US dollar clearly has an impact on oil pricing with the Fed meeting (this week)," said Michael McCarthy, chief markets strategist at CMC Markets.

"We're looking outside the oil markets for its next major move."

The US Federal Open Market Committee (FOMC) is set to start a two-day meeting on Tuesday.