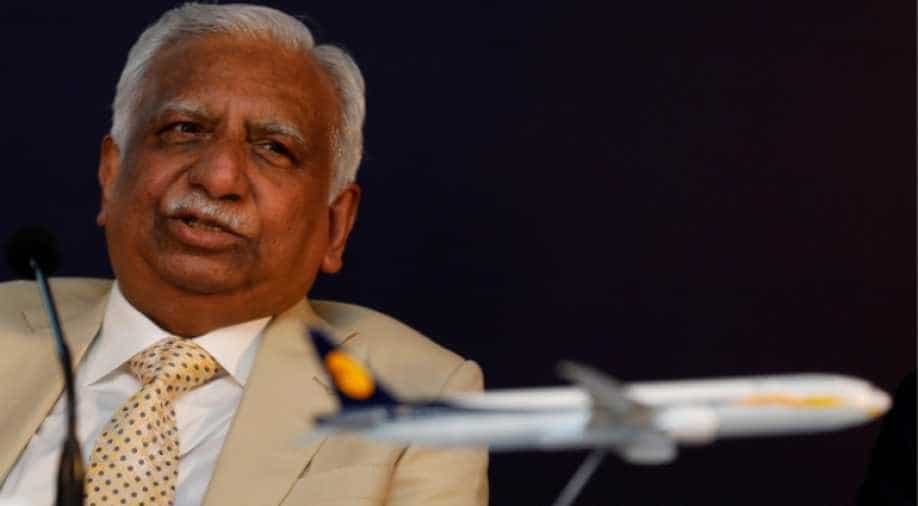 The airline was under pressure for several months hit by a debt of nearly $1 billion.

Jet Airways promoter and former chairman Naresh Goyal quit the airline he founded over two decades ago after the board meeting ended on Monday afternoon, reports said.

In the regulatory filing, Naresh Goyal and his wife Anita Goyal declared that they were stepping down from the board.

The airline was under pressure for several months hit by debt of nearly $1 billion.

Last week SBI chairman Rajnish Kumar had said that that putting Jet Airways into bankruptcy was the "last option".

The airline owes money to banks, suppliers, lessors including pilots. The airline has also grounded several aircraft in an attempt to cut costs.

Pilots belonging to the airline had threatened to go on strike from April 1st if their salaries were not cleared by month-end.

Jet stocks surged over twelve per cent as the news of the founder quitting the airline spread.

In 2013, the airways had survived a similar situation after Abu Dhabi's Etihad Airways had injected $600 million capital for a 24 per cent stake in the airline. 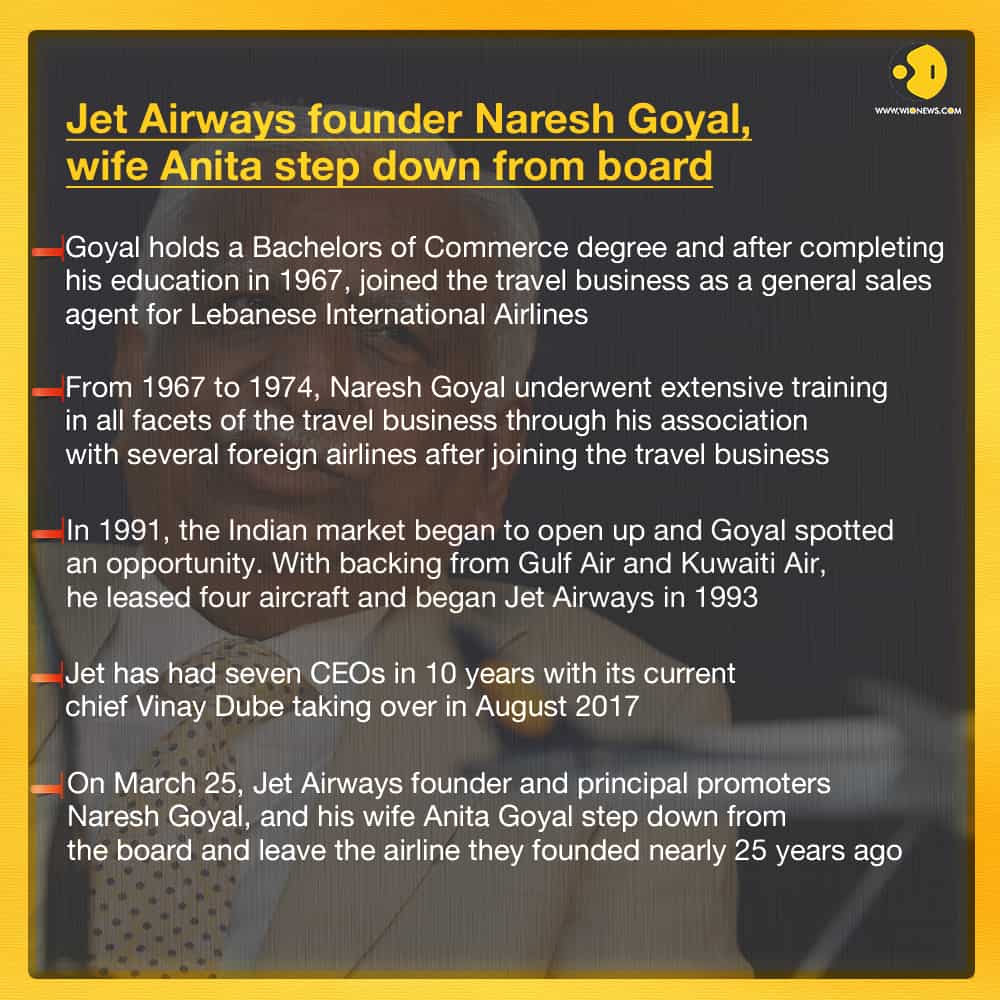