Japan's coincident index suggests economy may be in recession 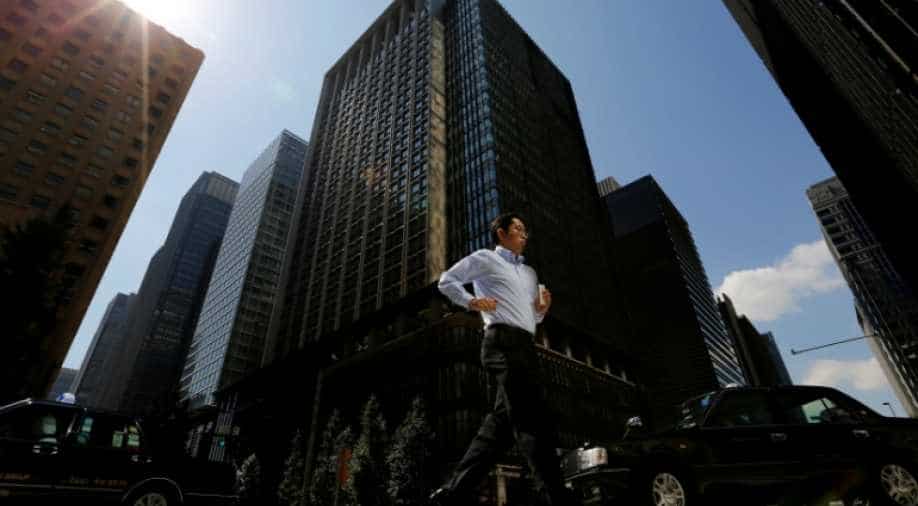 A man runs on a crosswalk at a business district in central Tokyo, Japan. Photograph:( Reuters )

Worries about the economy have grown as Japan's exports and factory output was hit by China's economic slowdown.

Japan's coincident indicator index declined in March and the government cut its assessment of the economy, a sign it may already be in recession as the US-China trade war and weak external demand hurt activity.

Worries about the economy have grown as Japan's exports and factory output was hit by China's economic slowdown and the escalating US-China trade friction, which had disrupted global supply chains.

The index of coincident economic indicators, which consists of a range of data including factory output, employment and retail sales, fell a preliminary 0.9 of a point in March from the previous month, the Cabinet Office said on Monday.

The index for leading economic indicators is compiled using data such as job offers and consumer sentiment and is seen as a forward-looking gauge of the economy. It slipped 0.8 of a point from February.

Clouding the outlook are government plans to raise a sales tax to 10 per cent from the current 8 per cent in October unless a big shock on the scale of Lehman Brothers' collapse in 2008 hits the economy.

There is also speculation Prime Minister Shinzo Abe may postpone the sales tax hike as risks to demand to grow, having already twice delayed it.

There are concerns the sales tax increase will damage private consumption as it did so when Japan raised the tax to 8 per cent from 5 per cent in 2014.

Japan releases gross domestic product (GDP) data on May 20, which will give a clearer read on the state of the economy and whether the government will proceed with the tax hike as scheduled.

The economy likely contracted at an annualised 0.2 per cent in January-March as corporate and consumer spending weakened, a Reuters poll showed.