India, US need to sit down on negotiating table for FTA: Goyal 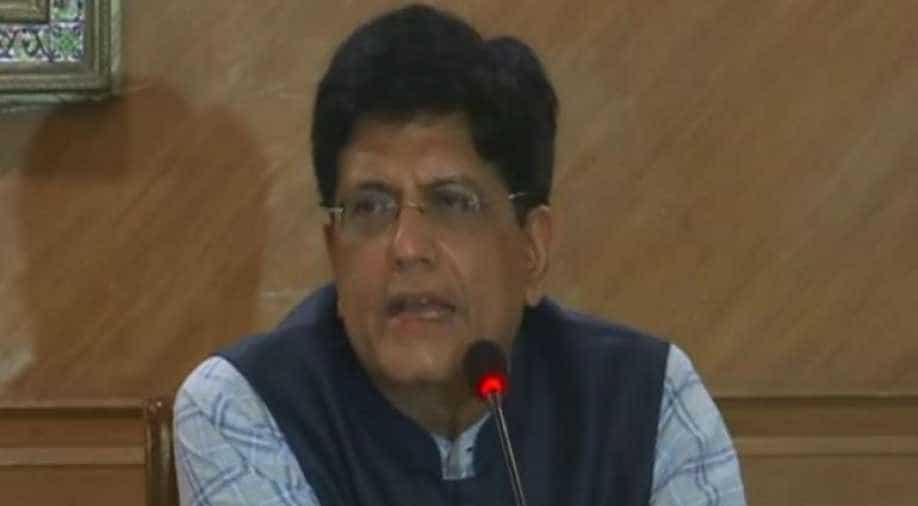 Goyal said that both the countries should also look for a preferential trade agreement (PTA) which can include 50-100 products and services.

After concluding a "quick" trade deal, India and the US need to sit down on the negotiating table for working towards a more sustainable, robust and enduring partnership in the form of a free trade agreement (FTA), Commerce and Industry Minister Piyush Goyal said.

For the FTA, the minister said, India is willing to work with an open mind, with a willingness to open markets with a corresponding opportunity for Indian businesses in the US.

"I believe we have a quick trade deal which has some of the pending matters built up over the last couple of years which we need to get out of the way quickly. We are almost there. I think another couple of calls and we should be able to solve that out.

"Post that, as was already intimated to the US Congress, the US and India need to sit down on the negotiating table, I do not know if that can be done before the (US) elections or post the elections, but we need to work towards a much more sustainable, a much more robust, a much more enduring partnership in the form of a FTA," he said in a webinar of US-India Business Council.

Goyal said that both the countries should also look for a preferential trade agreement (PTA) which can include 50-100 products and services.

While in a PTA two trading partners eliminate or significantly reduce import duties on a limited number of goods traded between them, in a FTA the countries remove duties on maximum number of products.

"We believe we should also look at an early harvest in the form of a PTA, so that we can rather than waiting for the gains of a FTA, which may take several years to conclude, we could look at an early harvest of maybe 50 or 100 products and services, where we can engage with mutual trust and open spirit. So that the partnership between the US and India can kick start much faster," he added.

India and the US are negotiating a limited trade deal with a view to ironing out differences on trade issues to boost economic ties.

India is demanding exemption from high duties imposed by the US on some steel and aluminium products, resumption of export benefits to certain domestic products under the Generalized System of Preferences (GSP), and greater market access for its products from sectors such as agriculture, automobile, automobile components and engineering.

On the other hand, the US wants greater market access for its farm and manufacturing products, dairy items and medical devices, apart from cut in import duties on some information and communication technology products.

The US has also raised concerns over trade deficit with India.