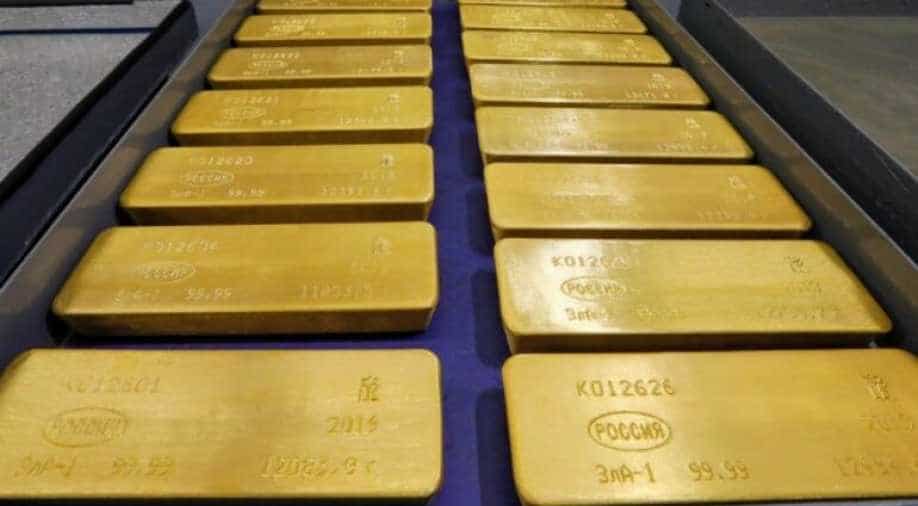 Marked ingots of 99.99 per cent pure gold are placed in a cart at a plant owned by Krastsvetmet, one of the world's biggest manufacturers of non ferrous metals, in Krasnoyarsk, Russia. Photograph:( Reuters )

China hopes Beijing and Washington will resolve their trade dispute "with a calm and rational attitude", Vice Commerce Minister Wang Shouwen said on Sunday, ahead of talks in two weeks between the two sides.

President Donald Trump's administration is considering delisting Chinese companies from US stock exchanges, three sources briefed on the matter said on Friday, in what would be a radical escalation of US-China trade tensions.

The United States does not currently plan to stop Chinese companies from listing on US exchanges, Bloomberg reported on Saturday, citing a US Treasury official.

Boris Johnson said on Sunday he would not quit as Britain's Prime Minister even if he fails to secure a deal to leave the European Union, insisting only his Conservative government can deliver Brexit on October 31.

Saudi Arabia's crown prince warned in an interview broadcast on Sunday that oil prices could spike to "unimaginably high numbers" if the world does not come together to deter Iran, but said he would prefer a political solution to a military one.

Hedge funds and money managers raised their bullish positions in COMEX gold and reduced bullish bets on silver contracts in the week to September 24, the US Commodity Futures Trading Commission (CFTC) said on Friday.