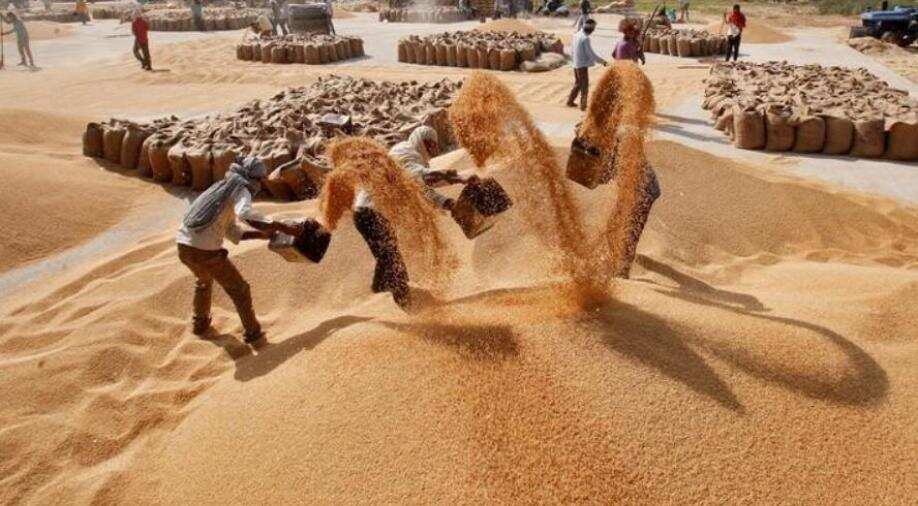 About Rs 1.47 lakh crore of agricultural loans are outstanding in Madhya Pradesh, Rajasthan, and Chhattisgarh, which announced waivers recently

When asked about his views on loan write-off for farmers by state governments, he said farm loan waiver is related to the fiscal space that a particular state government has.

"Elected governments have the constitutional mandate to take decisions with regard to their finance but every state government, before taking decisions on any kind of farm loan waivers, has to very carefully examine its fiscal space," he said.

"It's also for the individual governments to examine whether they have the fiscal space to meet the requirements and release the money to the banks immediately. Any generalised kind of write-off obviously has an adverse effect on the credit culture and the future credit behaviour of the borrowers," he said.

About Rs 1.47 lakh crore of agricultural loans are outstanding in Madhya Pradesh, Rajasthan, and Chhattisgarh, which announced waivers recently.

In 2017, Uttar Pradesh, Maharashtra, and Punjab announced to write off unpaid loans. Earlier this year, the coalition government in Karnataka also announced a farm loan waiver.

Asked about phasing out of Rs 2,000 notes, Das said the economic affairs department has clarified on the issue and there is nothing more to add to that.

Last week, the government had indicated that printing of Rs 2,000 bank notes, introduced after demonetisation in November 2016, has been stopped for now as there is enough stock in circulation.

Economic Affairs Secretary Subhash Chandra Garg had said printing of notes is planned as per the projected requirement.

"We have more than adequate notes of Rs 2,000 in the system with over 35 per cent of notes by value in circulation being of Rs 2,000. There has been no decision regarding 2,000 rupee note production recently," the secretary had said.

On the interim dividend, Das said, "as and when the RBI takes any decision on any matter, you will come to know about it."

"Lot of correspondence goes on between the government and the Reserve Bank. A lot of discussions do take place, whether there is an individual letter or not, that is not really relevant. As and when any decision (on interim dividend) is taken the Reserve Bank will not delay in announcing the decision," he said.

Asked if banks being given a target to come out of the non-performing asset problem, he said there is no such target given by the RBI.